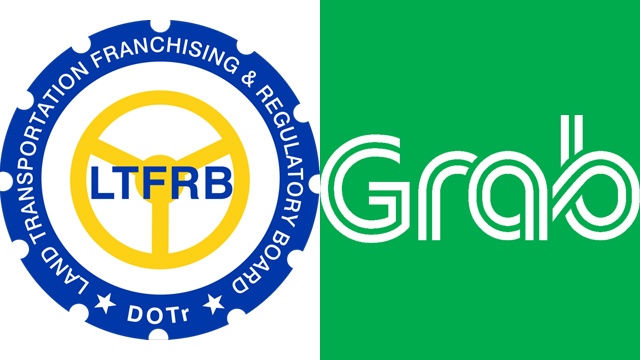 The shortage has reached crisis proportions that is bound to get worse, according to Grab.

If you want to understand why Metro Manila residents are having such a hard time booking rides with Grab in recent months, a quick and easy way is to take a look at the graph in this page on the ride-hailing company’s average allocation rate from January to July.

The allocation rate is the percentage of bookings that ride-hailing companies successfully allocated or assigned to their drivers within the first few tries, net of total cancellations. The graph shows that Grab used to be able to allocate more than six out of every 10 bookings. That’s gone down sharply since April and has fallen to less than four of every 10 bookings in July.

Grab Philippines pointed to “regulatory restrictions” as the culprit for this. The company alleged that there is currently a vehicle supply crisis in Metro Manila, and the government has yet to do something about it.

"The Philippine market, despite being the first country to legalize ride-sharing in Asia in 2015, is facing a big set-back because of the supply crisis. The Land Transportation Franchising and Regulatory Board has not done its part to solve the supply crisis. They should immediately prioritize adding more drivers to support the demand," said Brian Cu, country manager of Grab Philippines, in an email on August 16.

“We are only able to allocate four out of 10 bookings, which is the lowest allocation rate in Southeast Asia,” Cu added.

At the start of the year, Grab said the Land Transportation Franchising and Regulatory Board (LTFRB) ordered a “common supply base” of 45,000 vehicles for all transport network companies, which refers to a generic pool of vehicles across all existing transport network companies (TNC) in the country. The existing and operational supply base back then was 125,000, according to Grab.

The LTFRB raised the cap to 65,000 a month later. The government agency explained that this is to ensure that the roads of Metro Manila are not congested with transport network vehicle service. This number is currently recognized as the official master list for processing of certificate of public convenience or provisional authority, Grab said.

The LTFRB was supposed to review the cap every three months but Grab says it has failed to do so. That could mean that the cap is no longer sufficient in view of the growth in demand for ride-hailing services, which stood at around 600,000 bookings per day in July, according to Grab. During rainy days, the number could rise to 850,000 bookings a day, it added.

In addition, around 6,000 of Uber drivers or vehicle owners, who weren’t part of the Uber master list submitted to the LTFRB, remain without accreditation and thus unable to move to Grab. Along with 2,000 Uber drivers and vehicle owners who opted not to transfer to Grab, this reduced the total number of transport network vehicle services (TNVS) in the system after Uber ceased operations in April. Of Uber’s 19,000 drivers and vehicle-owners, only 11,000 moved to Grab.

As a result, of the 50,000 combined Grab and Uber TNVS before the merger, there were only 42,000 ride-sharing vehicles after Uber ceased operations.

Worse, LTFRB’s decision in April to suspend Grab’s P2 per minute travel time charge, which was meant to compensate its drivers caught up in traffic, sharply cut the drivers’ earnings. That reduced their inclination to accept bookings during rush hours when traffic congestion is at its peak.

The company said the lack of drivers and vehicles consequently compromises the average pick-up time, which increased to eight minutes in July from six minutes in January. This becomes even worse during rush hour.

Entrepreneur Philippines sought a comment from LTFRB on Grab’s complaints but has yet to receive a reply.

However, LTFRB announced on August 20 it will start accepting new applications for new TNVS drivers, even those who are not included in the regulatory board’s “master list.”

"[S]tarting August 24 2018, the Board will accept the online registration of TNVS applications for new CPC (certificate of Public Convenience) not included in the 'master list' by accessing the LTFRB website," GMANews reported.

The board said the TNVS applicant must have completed his or her online registration, including “the schedule data for actual filing of application,” before it gets processed. With the directive, the LTFRB said it expects all TNVS units to have also secured their own provisional authority on or before August 31, 2018.

"Consequently, effective 01 September 2018, the LTFRB shall commence an intensive anti-colorum drive versus TNVS operating without authority from the Board,” the board added.

The article was edited on August 21 to clarify that 6,000 Uber drivers and vehicle owners who weren’t able to move to Grab were not in the Uber master list submitted to LTFRB.

Syndication Grab Traffic Grab Philippines Commute Ltfrb
Your Guide to Thriving in This Strange New World
Staying
In? What to watch, what to eat, and where to shop from home
OR
Heading
Out? What you need to know to stay safe when heading out