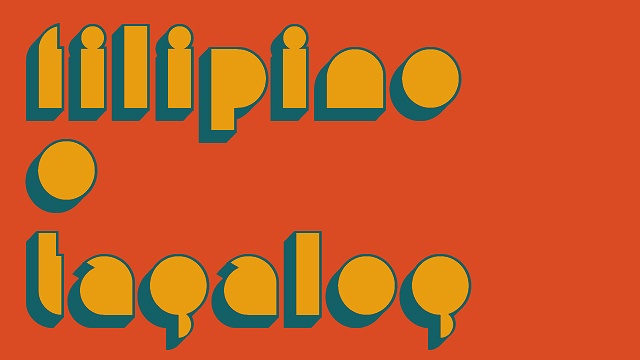 We could all use a quick refresher!

(SPOT.ph) You may think you have a solid grasp of our native language, and it’s probably because you use Filipino in your conversations on a daily basis. And yet, most are guilty of using some words incorrectly. This Buwan ng Wika, remember that it’s not too late to improve your skills—here are some common mistakes people make while speaking Filipino, and the proper ways to use them.

These two modifiers both mean the same thing (a rough English translation would be "according to" or "allegedly"), so it’s not hard to see why many would think they are interchangable. Rule of thumb: When the preceding word of the modifier ends with a vowel, "w," and "y," use "raw." Alternatively, when the preceding word ends with a consonant, use "daw." This rule also applies to similar words such as "din/rin" and "dito/rito."

"Ganun" is a word that’s often misspelled. With its root word being "ganoon," the correct spelling would be the contraction "gano'n" (yes, complete with apostrophe).

People use the word "sakin" a lot but funnily enough, it isn’t even a word. Rather, they are two separate words—"sa" and "akin"—that are often combined as one erroneously. You can either choose to spell out the two separate words ("sa akin") or use the contracted form "sa'kin." The same goes for other similar "words" like "palang," "parin," and "nalang."

With its identical pronunciation, it’s no wonder it's easy to mix up "nang" and "ng" with each other. The key to differentiating the two conjunctions is to remember their functions: "Nang" typically connects adverbs and the verbs they modify. Alternatively, "ng" connects nouns to their objects.

When using the prefix "naka-", most Filipinos would duplicate its second syllable (i.e. "nakakaloka"). The correct way to use "naka-" is to repeat the first syllable of the attached root word (i.e. "nakaloloka").

Often interchanged with each other, it might be helpful to remember that "sila" is a pronoun (translates to "they" or "them"), while "sina" is used to introduce names of people.

The correct spelling of this oft-misspelled Filipino greeting is "kumusta." This is derived from the Spanish "como esta."

These two words are often used in place of each other, but here’s a handy trick to help you distinguish the two: "Kung" roughly translates to "if," and is used to modify an uncertain situation. Alternatively, "kapag" translates to "when" in English, and is used when a situation is sure to occur.

People often forget that “yung” is a contraction of the word "iyong," which makes its proper form require an apostrophe, as in "'yong" or "'yung" (informal usage). The same goes for "'yan" and "'yon."

It’s important to remember that Tagalog is the primary language and lingua franca in Manila and its surrounding provinces, but Filipino is the country’s national language. Although Filipino is predominantly based on Tagalog, it also takes some notes from other languages such as Spanish, English, and other Philippine languages.

Grammar Buwan Ng Wika Language Filipino
Your Guide to Thriving in This Strange New World
Staying
In? What to watch, what to eat, and where to shop from home
OR
Heading
Out? What you need to know to stay safe when heading out