A Response to Winnie Monsod's Opinion Piece "Why Filipinos Distrust China"
Loading
Already a member? Log in
No account yet? Create Account
Spot.ph is your one-stop urban lifestyle guide to the best of Manila. 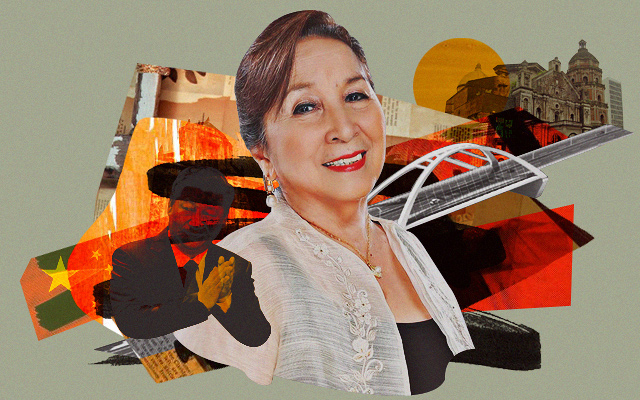 What It Means to Be Chinese-Filipino

A response to Winnie Monsod's column on "Why Filipinos Distrust China."

(SPOT.ph) Last week, Mareng Winnie Monsod wrote a bizarre and racist column. “I have often observed,” she said, “…that a Chinese-Filipino will never ever state unequivocally that he/she is a Filipino first, and a Chinese second.”

I begin this response by saying unequivocally: As a Chinese-Filipino, I am a Filipino first and a Chinese second. There. I’ve made my main point, so you can probably stop reading now.

But in case you’re interested, this issue is something I’ve been meaning to unpack for a long time. In my first-grade Civics class, a test question went thus—"Tama o Mali: Ipinagmamalaki ko ang pagiging kayumanggi." This baffled me, but not because I disliked being kayumanggi; it’s because I was a pale Chinese-Filipino child. The question, quite simply, didn’t compute. (If you’re wondering what happened, I answered “Mali” which was marked as a mistake)

Chinese-Filipinos always have to prove something. You should see the bag of tricks I’ve prepared to prove my Filipino-ness. Minekaniko ni Monico ang makina ng Minica ni Monica. How quickly I say: “Hindi ako Chinese. Chinese-Filipino po ako. Opo. Dito po ako pinanganak. Dito rin pinanganak magulang ko.” Or: “I love sinigang and that’s as Pinoy as Pinoy can get!” (Soberano, 2018). I’m good at it; I put people at ease. I’m happy to do it too, because oftentimes my fellow Filipinos ask earnestly. But this is the long way of doing it.

Many of my friends refuse to go through the trouble, and understandably so. When people ask, “Chinese ka ba?” They say, “Opo.” Is it any wonder that people regularly conflate “Chinese” and “Chinese-Filipino”?

What is “Filipino” anyway? This is the messy part of the discussion. Nation is a social construct, says Benedict Anderson. Because how is it that 7,107 islands—filled with culturally regionalistic, tribalistic people and separated by so much water—can unite under one flag? What brings us together?

There are many nuanced answers to the question of what ties a nation together. Some scholars cite commonality of interest; some will say shared values based on the Constitution; and some will refer to the depth of their appreciation for sinigang—which is why it baffles me that the distinguished Professor Monsod, of all people, intentionally watered down such a nuanced discussion to a question of how people look.

Her sentiments echo the tone of the increasingly unpopular F. Sionil Jose, who said that Chinese-Filipinos like me have a duty to make my country stop hating them. Sadly, her rhetoric also echoes the gang-mentality “netizens” who derided Tiffany Grace Uy—who, in 2015, achieved the highest General Weighted Average in University of the Philippines since 1927—for not being a “real Filipino.”

Chinese-Filipinos are made to jump through hoops for the privilege of being identified as Filipinos—and there seems to be no corresponding effort, even from “progressives,” to acknowledge or accommodate our Filipino-ness. Based on my own feed, the only people who have called Monsod out are academics, Chinese-Filipinos, or Chinese-Filipino academics. Not one politician who purports to be liberal or progressive. Is it because conflating the Chinese government and Chinese-Filipinos makes it easier to criticize Duterte’s deal(s) with China? I hope not. I hope they prove nuance is not discarded that cheaply.

This is frustrating to deal with on a personal level, but the systemic implications are far more dangerous. Will the cultural exclusion make it more likely for Chinese-Filipinos to simply support politicians for their own economic advancement, because there doesn’t seem to be anyone willing to offer that other thing we’ve all quietly desired—acceptance? Does the rhetoric exercised by Monsod, Jose, and select Pinoy netizens actually perpetuate the bad behavior they criticize?

Of course, Chinese-Filipinos can’t justify bad behavior with cries of oppression and other-ing. We are, admittedly, likely to be more economically privileged than the common Filipino. And Chinese-Filipino culture does have a number of toxic elements it needs to weed out. But even the valid criticism Monsod deploys is problematic.

“Most of our billionaires are Chinese-Filipinos,” she writes. “…they are some of this country’s most hated employers.” This might be true. Monsod couches this as an attempt to find the root cause of Filipinos’ distrust for the Chinese government. But a responsible writer would mention that it’s nonsensical and dangerous to 1. Conflate the Chinese government with the Chinese-Filipino community and 2. Extrapolate this bad billionaire behavior to the entire Chinese-Filipino population. If we judge ethnicities by their billionaires, we would hate everyone in the world. You won’t see me judging Professor Monsod for things done by, say, Manny Villar.

The conclusion made the article twice as ridiculous. In an article where Professor Monsod “critically” explores the reasons for Filipino distrust for China, she reserves the objective answer for the conclusion. Apparently, according to an SWS survey, Filipinos distrust China simply because they are stealing what is ours. To which I ask: Why even write the initial 80% of the article where you just took a gigantic dump on Chinese-Filipinos? That was all speculation? Was this all a shoddily assembled vehicle to express Paleolithic ideas about Chinese-Filipinos? Not to mention her saying “…I do have great trust in the American people to do the right thing,” which only adds insult to injury, knowing that she differentiates Americans from their government, but lumps me and my friends into the homogenous “Chinese government” grouping, for whom she holds no trust.

I love my country. I love how we find it within ourselves to be kind to each other, even during rough times. I love our humor, our good nature, and our passion for boxing and basketball, even if most of us are short. I love our heritage, our heroes, and the way our predecessors fought for our independence. I even love sinigang.

But the recent concerns about the Philippines’ diplomatic relationship with China have brought out some very ugly and racist rhetoric from pretend progressives. And if this—together with a deafening silence from its politicians—is what comes out from what’s supposed to be the liberal side of Philippine politics, then there’s no other recourse than to wait for these ideas to be buried under the sands of time.