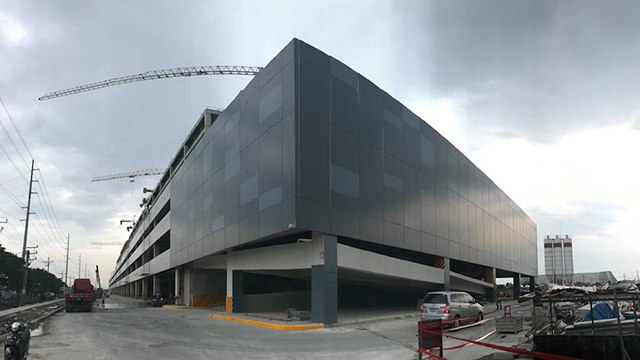 Looking at the track record, we wouldn't count on it.

(SPOT.ph) When news of a shiny, new landport coming to the Philippines first broke, people were understandably excited. But when the Parañaque Integrated Terminal Exchange finally began its operations, disappointment and rage filled most commuters, especially South folks who deal with the hassle of commuting to Manila daily. This is where point-to-point bus services come in handy—sort of. According to the Department of Transportation, there will be new point-to-point (P2P) bus routes from different areas in Cavite and Muntinlupa going to Manila starting next week, though no specific start dates have been announced.

Soon, commuters can choose to avoid the controversial landport and take instead P2P bus trips from Alabang to Bacoor, Alabang to Dasmarinas, Bacoor to Makati, and Dasmariñas (Daanghari) to Makati under the P2P operator Metro Express. Units were also deployed for the Noveleta to Makati and Imus to Makati routes to operate under the San Agustin Transport Service. A total of 37 bus units were deployed for the six routes, but the DOTr claims more will be added later on.

In an effort to address the growing disatisfaction over the new Parañaque Integrated Terminal Exchange (PITX), the department also plans to add more routes and units to, well, make the landport at least more functional than it is now.

According to a post from DOTr, bus operators are reportedly having trouble getting their drivers to follow the new policies implemented upon the terminal's establishment, resulting in limited trips. DOTr is looking to deploy more public buses, UV Express units, and jeepneys to make trips from the terminal.

The government agency says commuters can expect more trips heading to Ayala, Bonifacio Global City, Lawton, and the NAIA Airport Loop from PITX, with 15 bus units added for each route.

Pitx P2p City Life Cavite Metro Express San Agustin Transport Corp Dotr
Your Guide to Thriving in This Strange New World
Staying
In? What to watch, what to eat, and where to shop from home
OR
Heading
Out? What you need to know to stay safe when heading out