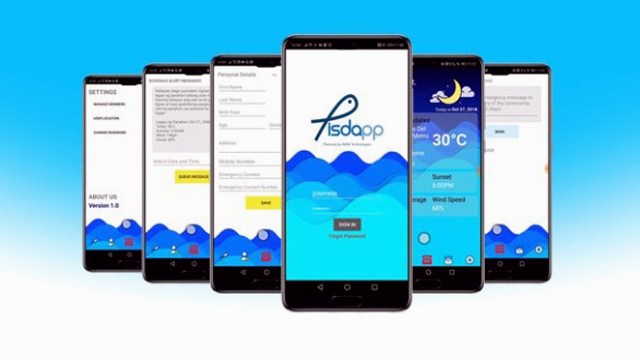 This Filipino-Made App Is a Finalist for NASA's Global Challenge

It was chosen among 2,729 apps made by people all over the world.

(SPOT.ph) Filipinos hardly fall behind when it comes to innovation. This team of Filipino IT professionals only goes to show the world just that with their mobile application called ISDApp, which was nominated as a global finalist for National Aeronautics and Space Administration's international Space Apps Challenge in 2018. This is the first time that a Filipino-made program made it to the Top 25 of the annual global hackathon, which was first held in 2012.

ISDApp is a community app that focuses on resolving the problems often encountered by the fishermen in coastal communities, particularly by giving them access to information to keep them safe on their daily ventures. It was developed by Revbrain Martin, Marie Jeddah Legaspi, and Julius Czar Torreda from team iNON, which stands for "It's now or never," during the hackathon weekend held in October 2018.

"What the world needs now is an access to information and technology for the less privileged to help support them, and create a more sustainable impact [on] their livelihood," says the developers.

The app can be installed by local town officials, who can then send critical information about the weather, sunrise and sunset, cloud coverage, wind speed, tide status, and other emergency alerts to the fishermen in the area, especially to those with no access to smartphones or WiFi. An SMS message will be sent to them daily so that they can plan their activities accordingly.

The teams competing for the hackathon were expected to find solutions to themed challenges put forth by National Aeronautics and Space Administration (NASA). ISDApp won at the local level and was nominated as a finalist among 2,729 apps from all over the world for the "Galactic Impact" category.

Six winners will be announced mid-January, all of whom will get a chance to visit NASA's Kennedy Space Center in Florida.