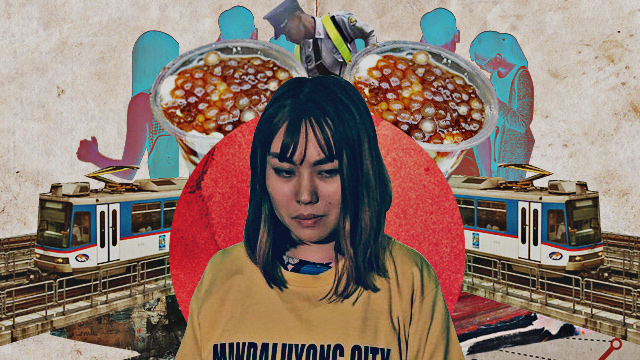 There have been some actual developments and actions, for a change.

(SPOT.ph) On Saturday morning, February 9, pictures and news quickly spread of a Chinese woman throwing her cup of taho at a police officer at the Boni MRT Station. The 23-year-old student at a fashion school in Manila, Jiale Zhang, was asked to head to the baggage inspection area, where she was informed by Police Officer 1 William Cristobal about the new liquid ban. The rule was implemented as a precautionary measure after the MRT received bomb threats following a series of blasts in Jolo. She was asked to finish her cup of taho before she could be allowed in the station. Apparently, in response, she threw her taho at the police officer. Authorities quickly took action, bringing the woman and PO1 Cristobal to the PNP-RMFB Detachment at the Shaw Police Station. According to a  statement released by the Department of Transportation on the same day, the woman apologized and was then released by the authorities.

Public outcry over the incident was quick, with people suggesting that the woman was released after a mere apology simply because she was a foreigner and, more significantly, a Chinese national. Soon thereafter, news came out that she was undergoing inquest proceedings and facing complaints for direct assault, disobedience to agent of person in authority, and unjust vexation. Mandaluyong City prosecutors have since found probable cause to file charges against the woman, calling the woman's actions "an abrasive affront against an officer in uniform representing a national institution," "deliberate and serious defiance to a police officer who was performing his duties at that time," and "offensive both by legal and moral norm considering that there was no provocation on the part of the police officers."

Zhang was released on a P12,000 bail on Tuesday, February 12, but was then picked up by the Bureau of Immigration authorities. The Bureau of Immigration (BI) also recommended filing a deportation case against Zhang, charging her for being an undesirable alien, for violating the terms and conditions of her visa, and for posing as a risk to public interest.

However, Foreign Secretary Teodoro Locsin Jr. has called it "a non-issue trying to be one" and Presidential Spokesperson Salvador Panelo, while saying that foreign nationals should respect Philippine authorities and ordinances, says people shouldn’t make a big fuss out of it.

Taho Throwing Mrt Taho
Your Guide to Thriving in This Strange New World
Staying
In? What to watch, what to eat, and where to shop from home
OR
Heading
Out? What you need to know to stay safe when heading out