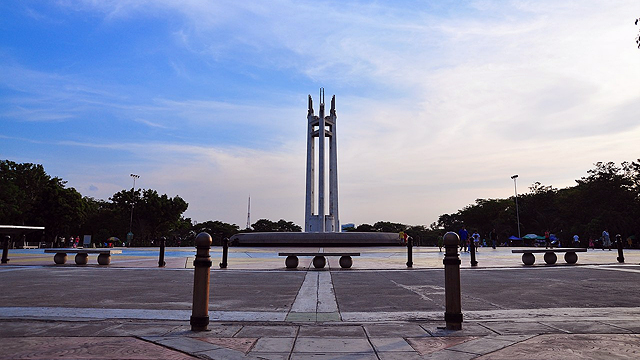 The sports coliseum was proposed by Rep. Vincent Crisologo.

(SPOT.ph) A petition has been created on Change.org to oppose the construction of a multipurpose auditorium at the Quezon Memorial Circle, which was proposed by Quezon City 1st District Rep. Vincent Crisologo. “It’s a big space ano, kulang lang sa planning. Kasi ang nangyari noon, may maisipan sila [tapos] tayo rito, may maisipan sila [tapos] tayo roon. There is no general planning. So I think we should re-plan the circle,” Crisologo said in a press conference earlier this month. The congressman, who happens to be running for mayor in the upcoming elections, added that Quezon City does not have large sports auditoriums and basketball stadiums.

The idea has been met with protest and criticism, given the dwindling number of green spaces and trees in the city. The construction of the MRT-7, for example, has resulted in the removal of trees in the middle of Commonwealth Avenue. The MRT-7 will also be cutting through the Quezon Memorial Circle.

Quezon City 2nd District Rep. Winston Castelo has expressed his opposition to Crisologo's proposal. According to Castelo, the Quezon Memorial Circle is "a passive park designed for walking and promenade," and the construction of the proposed auditorium would desecrate the remains of President Manuel L. Quezon, who is buried at the Quezon Memorial Shrine.

Quezon City is home to a handful of green spaces, including Ninoy Aquino Parks and Wildlife, La Mesa Ecopark, and Quezon Memorial Circle, and findings in 2009 indicate that Quezon City has 25% green space coverage, the biggest in Metro Manila, although this figure might have changed in 10 years, given the rapid construction that has been taking place throughout the city. The importance of green spaces has been highlighted often, and the Department of Budget and Management even launched the Green, Green, Green initiative to help the country’s cities develop public open spaces.

Quezon City Parks City Life
Your Guide to Thriving in This Strange New World
Staying
In? What to watch, what to eat, and where to shop from home
OR
Heading
Out? What you need to know to stay safe when heading out