Dress Code Ordinances in Caloocan and Other Parts of Metro Manila
Loading
Already a member? Log in
No account yet? Create Account
Spot.ph is your one-stop urban lifestyle guide to the best of Manila. 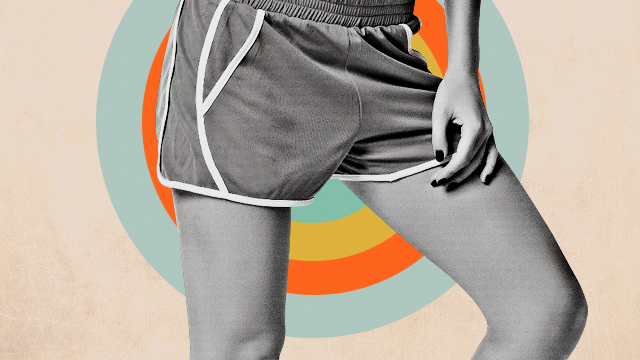 They're not telling you to stop wearing short shorts, either.

(SPOT.ph) A couple of days ago, people on social media were thrown into a tizzy over a city ordinance in Caloocan that supposedly banned people from wearing "short shorts."

On March 27, Mayor Oscar Malapitan clarified that the 2001 dress code ordinance encourages residents to be "decently attired" and that wearing shorts aren't prohibited in public places in the city. Malapitan also mentioned that the Ordinance 439 or Caloocan City Dress Code in Public Places was not approved during his term and that he has already directed city councilors to review the ordinance. He also said, "For me, I really want the ordinance to be repealed as I stand for equal rights to freedom and I believe that all women should be respected no matter what they wear." The idea of having ordinances that are against nudity isn’t actually new. Here are some related ordinances that have been in effect in Metro Manila.

More than a decade ago, an ordinance was passed in Marikina that bans "half-nakedness in public." Violators will have to pay a fine of P500 or do one day of community service.

Known as the "Anti Half-Naked" ordinance, this ordinance prohibits people from being topless or half-naked in public places, which "include, but not limited to the following: roads, streets, sidewalks, parks, bridges, alleys, and overpass," but it makes an exception for people who are swimming, engaging in sports, or those in the middle of a medical emergency. If you're caught out and about with your shirt off, you have to pay a P500 fine for the first offense and P1,000 for the second and the third offense.

San Juan prohibits people from being topless or half-naked in public places both open and covered. First-time offenders are let off with a warning, but do it a second time and you have to pay a P300 fine or do eight hours of community service. A third offense will land you in jail for three to five days.

Quezon City’s ordinance is somewhat more extensive. It says naked persons in public places "erodes (sic) decency, exacerbates disorder, and setting (sic) a bad example to children" and prohibits naked people—whether half-naked or fully nude—from being in public places. It makes an exception for people with a mental disorder, however, saying they will be apprehended but not made to pay any penalties if a professional confirms that they have a mental disorder. Penalties are also quite harsh: A first offense merits a P1,000 fine or three days of community service; a second offense means you have to fork over P1,500 or serve in your barangay for five days; a third offense requires you to pay a P3,000 fine or serve time in prison for six months; and a fourth offense will have you pay P5,000 or be imprisoned for one year.