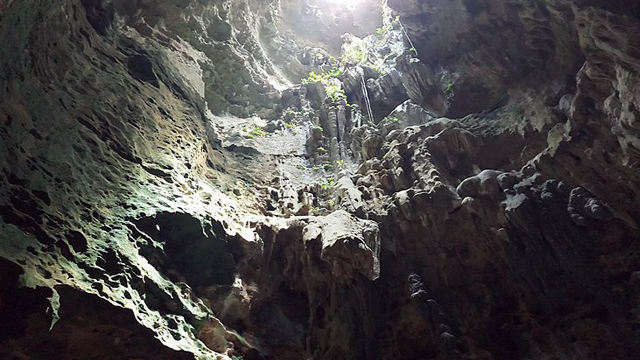 A New Human Species Has Just Been Discovered in the Philippines

(SPOT.ph) We still have a long way to go before we can fully unpack the mysteries of human evolution and most of the time, recent discoveries lead to more questions. In a study released on April 10 by the journal Nature, scientists describe a previously unknown human species that lived in Callao Cave in northern Luzon. Aptly named Homo luzonensis, the species is believed to be a close relative rather than a direct ancestor of the Homo sapiens, living around the time when our own species was spreading from Africa to other parts of the world.

The existence of the species was discovered through fossil bones and teeth found in Callao Cave during excavations led by Professor Armand Mijares of the University of the Philippines in 2007, 2011, and 2015. The set of seven teeth and six bones from the feet, hands, and thigh is believed to come from at least three individuals. Tests on two samples show that the minimum ages are at 50,000 years and 67,000 years.

Bone structures suggest that the Homo luzonensis grew no more than four feet. The curve in their hands and feet are similar to toes and finger bones that belonged to the three-million-year-old Australopithecus afarensis, but their molars are similar to that of the modern human.

These fossils predate the skeletal remains of Homo sapiens found in Tabon Cave in Palawan: A 47,000-year-old tibia and some 16,500-year-old skeletal remains, which later became known as the Tabon Man. These used to be the earliest human fossils found in the Philippines until the discovery of the "Callao Man."

The discovery of the Homo luzonensis marks the second time that a bygone member of the Homo line was found in Southeast Asia. In 2003, fossils of the Homo floriensis, dubbed as the "Hobbit" due to its small stature, were discovered in Indonesia. There's no indication that the two species interacted or are closely related.

"Our picture of homin evolution in Asia during the Pleistocene just got even messier, more complicated, and a whole lot more interesting," Lakehead University's Matthew Tocheri (who specializes in human evolution research but was not involved in the discovery of Homo luzonensis) wrote in an accompanying article for Nature. "Rapidly changing knowledge about hominin evolution in Asia is forcing the re-examination of ideas about early hominin dispersals from Africa to Eurasia."

Evidence of animal butchery was discovered in Luzon around 700,000 years ago,  several years before Homo sapiens arrived on the island. The researchers don't know if Homo luzonensis is responsible, but as of writing, the newly discovered species is known as the oldest hominin to have lived in the Philippines.

Further tests are needed to fully understand its link to the human evolutionary line, but the existence of Homo luzonensis "provides yet more evidence that hints Homo erectus might not have been the only globe-trotting early hominin," Tocheri wrote.

Study Research Evolution Homo Luzonensis
Your Guide to Thriving in This Strange New World
Staying
In? What to watch, what to eat, and where to shop from home
OR
Heading
Out? What you need to know to stay safe when heading out