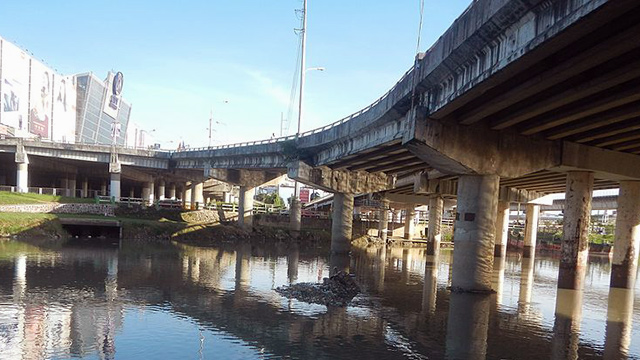 It will undergo a "total rehabilitation."

(SPOT.ph) The stretch of Marcos Highway has been notorious for being one of the most congested roadways in Luzon, especially since the beginning of the construction of the LRT Line 2 extension. To make matters worse for motorists and commuters from the East, the Metropolitan Manila Development Authority just announced the closure of the Marcos Highway Bridge, which will undergo "total rehabilitation" for at least four months starting May 25.

"Starting Saturday, May 4 at 11 p.m., we are going to close the eastbound portion of the Marcos Bridge until the next four months," Metropolitan Manila Development Authority (MMDA) General Manager Jojo Garcia announced in press briefing held April 30, but the partial closure was rescheduled to May 25, they announced in a post on their Facebook Page.

According to the MMDA, inspections around the area revealed that the private contractors in charge of the rehabilitation are "not yet ready." "Private contractors have yet to open an intersection for truck traversing the area; install traffic signals for trucks from Libis going to Katipunan in Quezon City; open a slot at the median island for eastbound vehicular traffic or vehicles from Cubao to Antipolo, and install all signage informing the public of the project," the statement reads.

The closure is expected to affect at least 3,000 vehicles traversing the road per hour. Motorists heading to Antipolo should take the westbound direction while vehicles heading to Cubao in Quezon City should use the service road in front of SM Marikina.

According to Garcia, the bridge's rehabilitation is long overdue, with private contractors of the Department of Public Works and Highways requesting since 2018 that the repair be scheduled.

Here are the alternative routes suggested by the MMDA:

UPDATE (May 2, 2019): The article has been updated following an announcement released by the MMDA on May 2. The initial closure of the bridge was moved from May 4 to May 11.

UPDATE (May 23, 2019): The article has been updated following an announcement on the MMDA Official Facebook Page posted on May 23. The initial closure of the bridge was moved from May 11 to May 23.

Marikina Marcos Highway Marcos Bridge Traffic Advisory Mmda Antipolo
Your Guide to Thriving in This Strange New World
Staying
In? What to watch, what to eat, and where to shop from home
OR
Heading
Out? What you need to know to stay safe when heading out