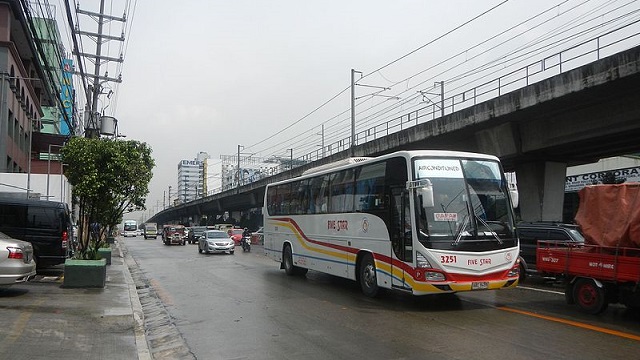 The agency is counting on the LTFRB to stop additional fares.

(SPOT.ph) The ban against provincial buses along EDSA may have been postponed for now, but the Metropolitan Manila Development Authority has begun coordinating with bus operators and the Land Transportation Franchising and Regulatory Board in an attempt to minimize the ban's negative effects on the commuting public. In answer to one of the biggest concerns commuters have raised about the ban—added trips, and therefore added costs, to get into Metro Manila—the agency is pushing for a new fare scheme to be implemented by the Land Transportation Franchising and Regulatory Board (LTFRB).

Under the ban, provincial buses would drop off passengers at designated terminals in Sta. Rosa, Laguna, and in Valenzuela City, which would require that commuters take another bus to get into Metro Manila.

The MMDA is requesting city bus operators, whose trips will be extended to the interim terminals in Sta. Rosa and Valenzuela City, to charge fares that would not go beyond what passengers currently pay for one ride on the provincial buses.

The new fare scheme is being discussed by the bus operators and agencies concerned, while special permits are to be issued to the operators by the LTFRB in order for the scheme to be implemented.

No date has been set for when the closure of terminals along EDSA will officially begin, but the MMDA is currently enforcing a no loading and unloading policy for provincial buses along the thoroughfare.