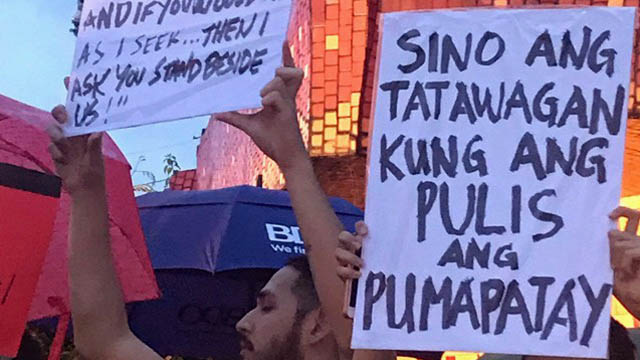 For the worst reasons possible.

(SPOT.ph) "Ang mamatay nang dahil sa 'yo." We know the words by heart, but what do they mean now? The "war on drugs" is on its fourth year—and with even the former police chief, now senator, shrugging off civilian casualties as collateral damage,  it looks like it isn't about end anytime soon. The 41st session of the United Nations Human Rights Council is happening in Geneva until July 12, and several bodies have called on the Council to shed light on the dire human-rights situation  in the Philippines.

More than 24 countries have supported a statement issued by Iceland asking for the Council to create a comprehensive report on human rights in the Philippines. The statement cites, "thousands of killings of people allegedly involved with the drug trade and drug use" which began with the Duterte administration in 2016. The statement also urges the Philippine government to "prevent extrajudicial killings and enforced dissapearances," as well as to practice due process and "impartial investigations."

CIVICUS, a "global alliance of civil society organisations and activists," according to their website, has also put the Philippines on their list of "countries of concern." The organization wants the United Nations council to look into the Philippines, where "dozens of activists have been killed since 2016 under the Duterte administration and the work of [civil society organizations], media and human rights defenders have been severely undermined by smear campaigns by the government."

According to government data, the 5,000 killed in the "war on drugs" all fought against the police during their operations—but activist groups say otherwise. "Here we are three years later with 27,000 killed, among the most impoverished, in a massive crackdown. That is a conservative estimate," said Ellecer “Budit” Carlos of the Manila-based group iDefend, in an interview with Reuters.