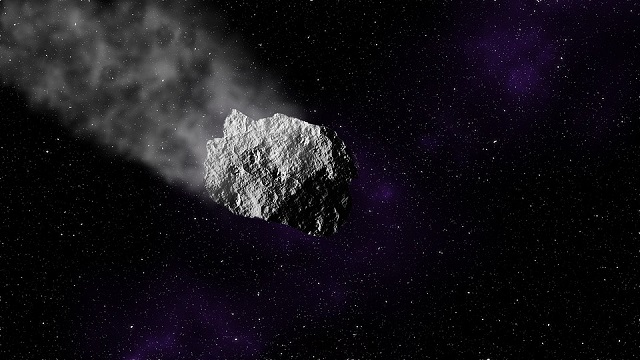 The Cosmos Says Hi: An Asteroid Just Zoomed Way Too Close to Earth

Asteroid 2019 OK passed by the Earth's orbit a little too close for comfort.

(SPOT.ph) We know space has got a lot of, um, space to go around, but once in a while even heavenly bodies forget the importance of personal space. A relatively massive, 100-meter wide asteroid just zoomed past Earth, our only home, at a speed of 24 kilometres a second (that's 86,400 kilometres per hour!). Ironically named Asteroid 2019 OK, it passed by at a distance of about 70,000 kilometres on July 25, and scientists are only now understanding the magnitude of what happened.

"It’s impressively close. I don’t think it’s quite sunk in yet. It’s a pretty big deal," says Associate Professor Michael Brown of Monash University’s school of physics and astronomy in an interview with The Sydney Morning Herald. While 70,000 kilometers may not sound like a cause for alarm, let's put that distance into perspective. The moon's orbit varies at around 350,000 kilometers to 400,000 kilometers—meaning that yup, at one point Asteroid 2019 OK was closer to us than the moon.

"It would have hit with over 30 times the energy of the atomic blast at Hiroshima," said Associate Professor Alan Duffy, an astronomer at Swinburne University in the same interview. While asteroids do pass by Earth on a pretty regular basis, usually none are as large as 2019 OK, explained Duffy.

According to the report, the asteroid was first detected by teams in the U.S. and Brazil a few days ago but was only officially confirmed by the National Aeronautics and Space Administration Jet Propulsion Laboratory on July 25. The asteroid effectively sneaked up on the Earth's scientists, and we're all very happy it just wanted to pass by and say hi: We definitely wouldn't have appreciated a full-on visit.