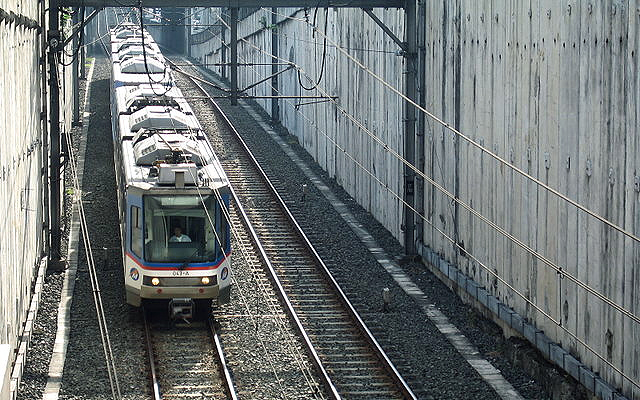 From "a technical problem" to an actual fire.

(SPOT.ph) Either Mercury's in retrograde again or our decades-old train lines have finally had too much. The Metro Rail Transit System Line 3, and the Light Rail Transit Lines 1 and 2, have all suffered glitches of some kind within the past two days, from October 2 to 3. To top it off, a fire broke out along the Light Rail Transit Line 2 (LRT-2) between the Anonas and Katipunan stations midday of October 3. Thankfully, nobody has been reported hurt as of writing, but we can't help but ask: What the heck is going on?

LRT-2 operations were halted at around 11:40 in the morning of October 3. It was reported that a power rectifier between the two stations had tripped, causing a fire. According to the LRT-2 Twitter account, the fire was contained at around 12:30 p.m., but no news yet when operations will resume.

Meanwhile, the Light Rail Transit Line 1 (LRT-1) was not fully operating either in the morning of October 3. Mechanical issues at the Roosevelt station meant trains were only going  between the Yamaha Monumento station and Baclaran starting 7 a.m. Full operation was finally restored at around 2 p.m.

The morning of October 2 was no better for commuters. Passengers were forced to walk the tracks when a power-supply problem was reported between the Ayala and Taft Avenue stations at 10:17 a.m. Around 500 passengers had to alight the train carts and operations were suspended. The problem was solved quickly and normal operations resumed at 10:30 a.m.

The LRT-2 also momentarily stopped operations the same morning, from 9:49 a.m. to 10: 19 a.m. due to "a technical problem." Passengers were asked to alight at Gilmore station.

And because things weren't messy enough, a bomb squad was dispatched to EDSA at around 1 p.m. thanks to an abandoned backpack right next to the MRT Buendia station—which turned out to contain pansit and pan de sal. We're not sure what we did to deserve this, but here's looking forward to better days, Metro Manila!

Mrt Lrt1 Lrt2 City Life Train Advisory Infrastructure
Your Guide to Thriving in This Strange New World
Staying
In? What to watch, what to eat, and where to shop from home
OR
Heading
Out? What you need to know to stay safe when heading out