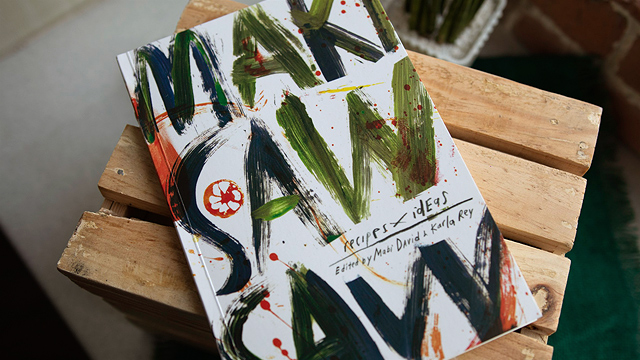 This Book Goes Beyond Dishes and Dives Into Issues Surrounding Food

(SPOT.ph) Everybody loves to eat—no doubt about that—but rarely do people stop and think about the stories behind each yummy spoonful of food they're about to consume. One book is here to change that, though: Makisawsaw invites readers to go beyond their usual diets. With an apt tagline of "cooking up a resistance," editors Mabi David and Karla Rey worked with several female authors to put together several perspectives, ideas, and recipes towards a more conscious and responsible way of eating.

"There is a growing concern about where our food comes from and what's in it, no thanks to a food system that is becoming increasingly unsustainable, toxic, and destructive," writes David in her introduction. "Food finds itself in a much more politicized space," continues David, and with this struggle as its conception, the book continues to discuss the hows and whys of what we eat.

Makisawsaw puts together stories from nine female authors and works from David and Rey themselves. All pieces in the book pushes readers to stop and think about food: from a focus on plant-based diets, thoughts on production and its effects on the Earth (and ourselves), to the Rice Tariffication Law, and more. They take the form of essays and comics and feel more personal than pedagogical, and with food as a topic, they pluck easily at your mind and heart.

As a "cookbook" though, it's no surprise that the second half is full of recipes. The book's title isn't just a call to become part of the talk on food, but the recipes aptly highlight holy-grail sauces for every cook. Rey writes that they wanted to focus on "simple plant-based sauces that are healthier than the processed condiments in supermarkets, versatile, and relatively easy to make." Makisawsaw gives us the magic combinations needed to make twelve sauces, which Rey calls the "Dirty Dozen."

"The title of our book Makisawsaw is an invitation to get involved," writes David. "It plays on the concept of 'sawsawan'—the constellation of condiments commonly used to flavor up a dish or customize it to one's preference—and its popular connotation of 'dipping' into, taking part in other people's conversations or affairs uninvited," and for a book that actively calls for change, no matter how small, it's only apt that we get conversations started.

Makisawsaw (Gantala Press, 2019) is priced at P290 each. Copies will be available at Good Food Sundays, the UP Press Bookstore, Popular Bookstore, Studio Soup Zine Library, and Bookay Ukay. It is also available online.