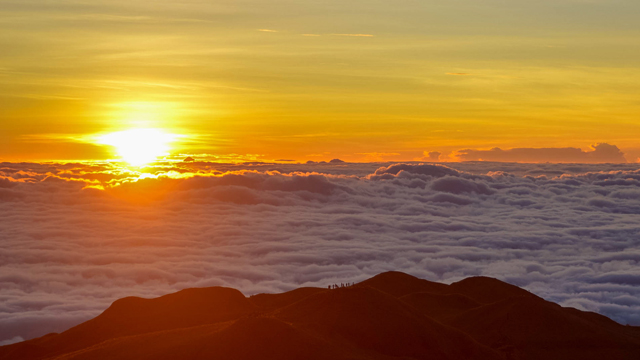 (SPOT.ph) Bare mountains are not an unusual sight in the Philippines—but it looks like we've recently lost even more trees than we can afford to. Mt. Pulag has been declared off-limits to trekkers after fires damaged around 650 hectares of forest land in Benguet.

The closure began on Monday, February 24, according to the Mt. Pulag National Park management and was issued upon order of Faustino Aquisan, mayor of the Municipality of Kabayan, Benguet. Parts of Mt. Pulag are also covered by provinces of Ifugao and Nueva Vizcaya.

Earlier on Sunday, February 23, only the Akiki trail of Mt. Pulag was made off-limits to trekkers after reports of a nearby fire in Barangay Eddet. The ban was then expanded to cover all trails at the popular hiking spot. This closure is meant to give the mountain time to heal after forest fires damaged an area near a ranger station, said Emerita Albas, Mt. Pulag National Park supervisor, in a report by Inquirer.net.

Another eight-day long fire that started in Sitio Bulok of Barangay Adaoay, Kabayan, reportedly razed from February 11 to February 18, according to a Philippine News Agency report. Around 160,500 trees and saplings under the Department of Environment and Natural Resources' Expanded National Greening Program were killed by the fire.

"The forest fire was aggravated by the biophysical conditions of the area (terrains, heat exposure, wind, etc.)," said the Department of Environment and Natural Resources (DENR) Cordillera Administrative Region in a report by the Office of Civil Defense. They also cited "forest fire management of concerned agencies, and the apparent indifference of the community people towards the prevention of forest fires," as causes for the massive fires.

While no human casualties have been reported, the official cause of the fire cannot be confirmed. The fire may or may not have been caused by human hands, but the Office of Civil Defense adds in their report that "Investigations like these unfortunately lead to no avail due to lack of willing witnesses," as quoted by CNN Philippines.

Mt. Pulag is Luzon's highest peak at 2,922 meters above sea level and is one of Benguet's most popular hiking destinations, known for the "sea of clouds" and an unbeatable view of the Milky Way.