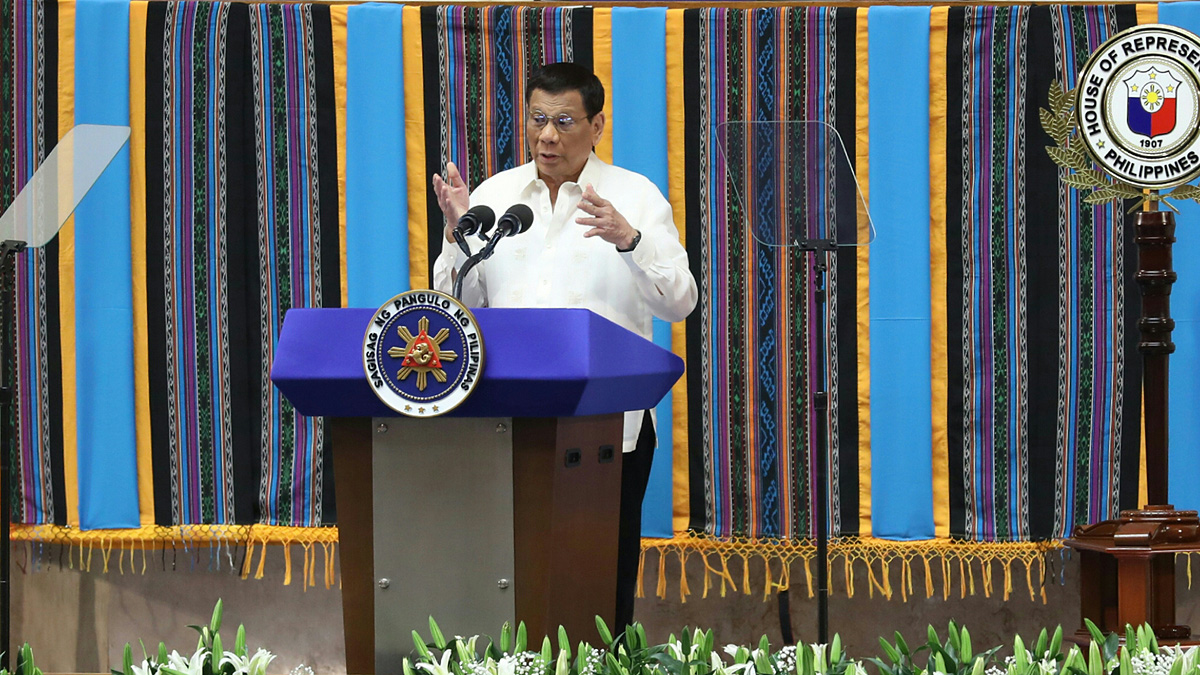 The Palace is calling for the grant of "emergency powers."

(SPOT.ph) The Philippines' COVID-19 cases continue to rise ever since the country's patient zero was confirmed to be positive on January 30: a Chinese national who flew to the country from Wuhan, where the virus outbreak started. To deal with the pandemic, President Rodrigo Duterte has put forth the "Bayanihan Act of 2020," which authorizes the President of the Republic of the Philippines "to exercise powers necessary and proper to carry out the declared national policy and for other purposes." It is expected that this will be discussed in Congress today, March 23, at 10 a.m.

The bill is expected to be taken up on Monday during the special congressional session called by the President.

Senate is to hold a special session at 10 a.m. Monday, March 23, 2020.
PRRD has certified the bill as urgent. | via @mikenavallo pic.twitter.com/ogkVQKHmnh

The document, a copy of which was released by media outlets on Sunday afternoon, was signed by Duterte and sent to Senate President Vicente Sotto III on March 21. Copies were also furnished to House Speaker Alan Peter Cayetano and Secretary Adelino Sitoy.

According to the Inquirer, Presidential spokesperson Salvador Panelo denied reports that the president was asking the legislative body for emergency powers. "The letter to Congress signed by the Executive Secretary says powers necessary to carry out urgent measures to implement the national emergency, not emergency powers," he said in a text message to reporters. Sotto likewise explained: "Not true. Read the title. Nothing there says emergency powers."

Page 2, Section 3 of the document states: "By reason thereof, and in order to optimize the efforts of the President to carry out the tasks needed to implement the aforementioned policy, it is imperative to grant him emergency powers to such limitations as hereinafter provided."

Here is a breakdown of Duterte's "emergency powers" should the proposed "Bayanihan Act of 2020" be approved:

News Desk Covid-19 Covid-19 News Adventurer Savvy Seasoned Government Duterte New Normal Opinions
Your Guide to Thriving in This Strange New World
Staying
In? What to watch, what to eat, and where to shop from home
OR
Heading
Out? What you need to know to stay safe when heading out