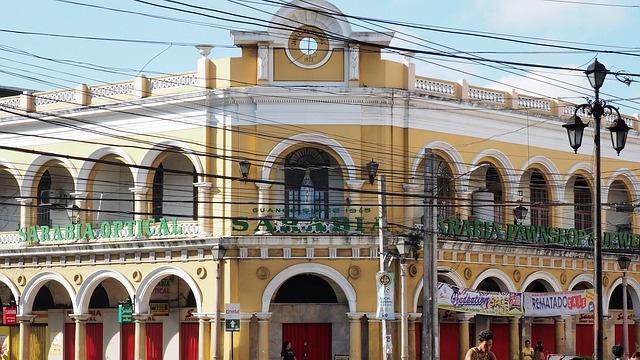 10 Reasons Iloilo Has Been Dubbed the "Wakanda of the Philippines"

From creative PPEs to procuring test kits from South Korea.

(SPOT.ph) We've seen how local governments have stepped up in their efforts to help people during this pandemic, but one city in the Visayas seemed to be getting plenty of online attention thanks to their initiatives to curb the spread of the disease and to support their frontliners and communities. In social media, Iloilo City has been called the "Wakanda of the Philippines." Wakanda is the self-sufficient fictional nation from the Marvel Cinematic Universe.

Even city mayor Jerry Treñas has acknowledged the moniker in an online statement, saying, "We are Wakanda because we move as one." We round up the good things happening over at Iloilo City, so you can decide for yourself if the name stands!

Check out all the good things happening in Iloilo City amid COVID-19:

Iloilo City has its own COVID-19 testing facility

In early March, the Western Visayas Medical Center in Iloilo City submitted their application for accreditation to handle and test COVID-19 samples. On March 24, they have begun to accept samples for testing, and is the only sub-national reference laboratory in Region 6 as of writing. As of April 6, they can process 80 samples a day, amping up their capacity to test and trace positive cases.

Discrimination against COVID-19 frontliners is against the law

When reports surfaced of medical workers being rejected from public transport, eateries, and even evicted from their homes in Iloilo City, local administration was quick to act. They amended their Anti-Discrimination Ordinance to include discrimination on the basis of "profession" on March 25.

An entire ship has been converted into a residence for frontliners

In a Facebook post on April 1, The John B. Lacson Foundation Maritime University announced that their affiliate company has lent their training ship docked at the city proper for the temporary lodging of medical frontliners. While the ship can accommodate 200 people, it only houses a hundred individuals, keeping in mind physical distancing guidelines. Frontliners are provided free meals prepared by the city government.

Medical suits have taken a turn for the creative

We're sure you've seen the many fun versions of personal protective equipment suits worn by health workers in Iloilo City. Just check out one example done by nurse Adrian Pe, whose Teletubbies-inspired suits not only protect medical staff, but also keep their spirits up during this time of crisis.

Curfew violators are educated, not punished

With news of some local governments getting, well, harshly creative, too with what they do to curfew violators, this is refreshing news. Those who were caught outside past curfew hours in the La Paz district were made to watch a video about COVID-19 instead.

Ordinary folk are giving out of their own pockets

Ilonggo Melchor Bibanco was spotted at the Iloilo City Hall donating P2,000 pesos worth of cash from his own pension. Bibanco was told to keep the cash for his own needs but the elder insisted. "I share this story to all of you to let the world know how big the heart of Ilonggos are, that some are willing to sacrifice just to help others," said the mayor online.

People get a daily ration of free pan de sal

We'd argue that pan de sal is up there with rice in terms of Pinoy staples, which is why we're sure folks in Iloilo City are happy to know they have "daily bread" to count on. The local government has partnered with Iloilo businesses to produce and distribute pan de sal to barangays.

There are 240 community kitchens scattered around the city

The Uswag Community Kitchen was an initiative set up to help those whose livelihoods were affected by the quarantine currently in place. These community kitchens have been set up in 180 villages and are led by "parent leader mothers and daycare workers," according to the mayor.

All frontliners have been provided free meals

Aside from communities, a separate Uswag Kitchen Patrol project makes sure Iloilo City's frontliners are fed. A total of 21,965 workers were helped by this kitchen from March 20 to April 4 alone.

Main image from vinsky2002 / Pixabay; for illustrative purposes only.