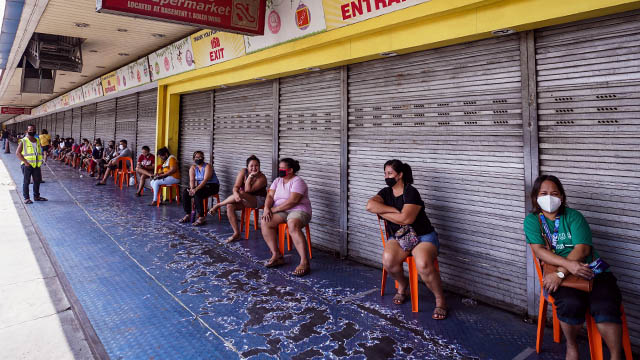 These Metro Manila Cities Have Lifted the Liquor Ban

(SPOT.ph) The slight step down into a modified enhanced community quarantine over Metro Manila started on May 16 and as a result, several cities have already eased a few restrictions—including the liquor ban. Check out our list below to see if your city is allowing the sale of alcoholic beverages. Just note that local governments have added a few rules, so be sure to follow!

These are the Metro Manila cities that have suspended the liquor ban:

The city of Las Piñas suspended their liquor ban on May 20. Drinking alcoholic beverages in public is a definite no and alcohol must only be consumed at home. Inviting in guests is also not allowed.

The liquor ban in Mandaluyong City was lifted on May 19. City Ordinance No. 777 points out that the ban has "greatly affected the domestic liquor industry." Drinking in public areas remains prohibited.

Mayor Francis Zamora announced on May 19 that the liquor ban in San Juan City has been lifted. Aside from limiting drinking  to residences, the mayor noted that physical distancing must still be observed.

The partial lifting of the liquor ban was made effective on May 17 in Caloocan City. Under City Ordinance No. 0869, folks in Caloocan City are allowed to buy liquor from 8 a.m. to 6 p.m. daily. There is also a limit to the type and number of alcoholic beverages an individual can buy for personal consumption:

Any violations will cost you. Businesses or individuals not following the rules will be fined P500 for the first offense, P1,000 for the second offense, and P1,500 for the third.

Mayor Marcy Teodoro signed into effectivity City Ordinance No. 64 on May 16. This allows the resumption of selling liquor. Just note that drinking in public is still prohibited.

The liquor ban was suspended in Quezon City on May 16. Selling of alcoholic beverages is only allowed from 1 p.m. to 5 p.m. daily, per Executive Order No. 31 of Mayor Joy Belmonte. There is also a limit to the type and number of liquor you can buy. Plus, drinking in public places is still not allowed.

City Ordinance No. 6099 was issued on May 14. This allowed for the selling of alcoholic bevages, but note that drinking is only allowed within homes in Pasay City.

Adventurer Savvy Seasoned Covid-19 Covid-19 News City Life New Normal Opinions
Your Guide to Thriving in This Strange New World
Staying
In? What to watch, what to eat, and where to shop from home
OR
Heading
Out? What you need to know to stay safe when heading out