Online Businesses Asked to Register by BIR; Draws Flak for POGOs
Loading
Already a member? Log in
No account yet? Create Account
Spot.ph is your one-stop urban lifestyle guide to the best of Manila. 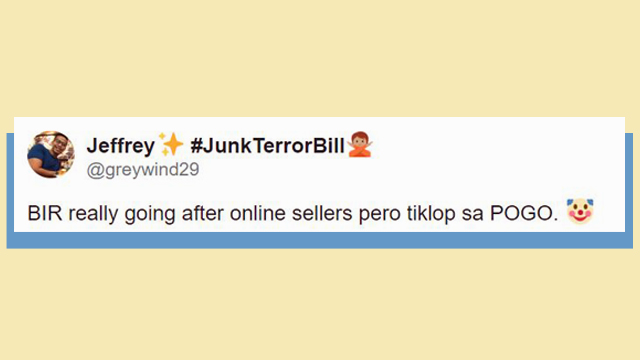 All Eyes on POGOs After BIR Asks Online Businesses to Register

Does the BIR have a favorite child?

(SPOT.ph) People online are livid over the Bureau of Internal Revenue ordering online sellers to registers businesses by the end of July. While taxes are a duty no one should evade, it seems the just-issued Memorandum Circular Number 60-2020 has reminded people of another glaring issue: Philippine offshore gaming operators and their millions in unpaid taxes.

Senator Risa Hontiveros pointed out that before the Bureau of Internal Revenue (BIR) lays heavy on online sellers—who usually rely on their small digital businesses to stay afloat—they should be asking the Philippine offshore gaming operators (POGOs) for the P50 billion pesos they owe the government. Hontiveros may be taking this figure from earlier reports in February, when the BIR itself cited the same amount of P50 billion still unpaid from withholding income and franchise taxes in 2019.

Practically all POGOs have been cited for not paying taxes properly, said Arnel Guballa, BIR head of the agency's task force on POGOs, in an Inquirer report from May. Meanwhile, the POGO industry may be resuming operations in June, according to the Philippine Amusement and Gaming Corp.

Unsurprisingly, people are less than pleased about the timing of the new BIR memo. We're not about to condone tax evasion, but the comparison between their treatment of POGOs and local online businesses can't be helped—and it looks like others can't resist either. "POGO" is the top trending topic on Twitter as of writing. We round up some of the online world's most cutting sentiments over this latest development:

The clown emoji says it all.

Louder for the poeple in the back!

Where are the answers?

This sure feels accurate.

Adventurer Savvy Seasoned Bureau Of Internal Revenue Twitter Government Online Brands
Your Guide to Thriving in This Strange New World
Staying
In? What to watch, what to eat, and where to shop from home
OR
Heading
Out? What you need to know to stay safe when heading out