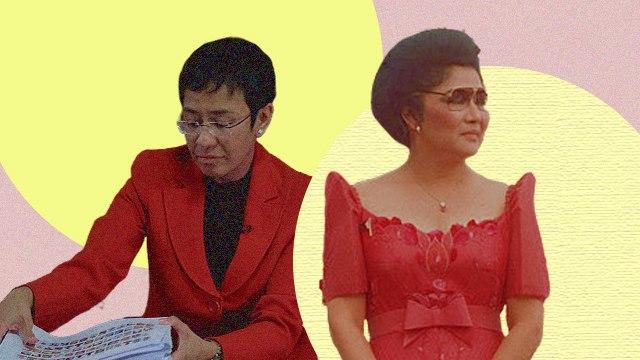 (SPOT.ph) The Manila Regional Trial Court Branch 46 on June 15 ruled Rappler chief Maria Ressa and reporter Reynaldo Santos Jr. guilty of cyber libel. The case stemmed from a complaint filed by property developer Wilfredo Keng alleging defamation in an article published in May 2012. But this isn't the only charge that Ressa and Rappler are facing, having posted bail eight times within 14 months—according to a Twitter post by the journalist in April 2019. As of March 29, 2019, Rappler said that they have paid more than P2 million in bail and travel bonds over seven court charges since 2018.

Check out a breakdown of the bail and travel bonds that have been posted according to various media outlets:

Ressa on February 14, 2019 posted bail of P100,000 after she was arrested and brought to the National Bureau of Investigation for charges of cyber libel. The same amount was posted for reporter Reynaldo Santos Jr.

P756,000 for alleged violation of the Anti-Dummy Law

The Pasig City Prosecutor's Office on March 20, 2019 filed a case for alleged violations of the Anti-Dummy Law against Rappler's executives Ressa, Glenda Gloria, Manuel Ayala, James Bitanga, Nico Jose Nolledo, James Velasquez, and Felicia Atienza. All seven immediately posted bail of P90,000 each, except for Ressa who was then out of the country and immediately arrested upon landing in Manila on March 29, 2019.

Ressa also posted bail of P126,000 before a Pasig City court on April 1, as the Anti-Dummy complaint had been "split into two," according to a Rappler report.

P504,000 for alleged violation of the Securities Regulation Code

The Pasig Regional Trial Court, on the other hand, reduced the initial travel bond of P100,00 to P50,000 for the tax evasion cases.

Imelda Marcos in August 2019 was found guilty of seven counts of graft by the Sandiganbayan Fifth Division for using her position as Minister of Human Settlements to maintain Swiss bank accounts during her husband Ferdinand Marcos' regime. This conviction sentenced her to imprisonment of six years and one month to 11 years for each of the seven counts, with perpetual disqualification from public office. A warrant of arrest was also issued by the court.

On November 28, 2019, the Sandiganbayan Fifth Division granted the former First Lady's request to avail of post-conviction remedies. She posted bail amounting to P300,000.

According to the Philippine Commission on Good Governance, the Marcos family's ill-gotten wealth "is estimated between U.S. $5 billion to U.S. $10 billion, the bulk of it being deposited and hidden abroad." That's at least P251 billion, only P170 billion of which has been recovered in the last 30 years.