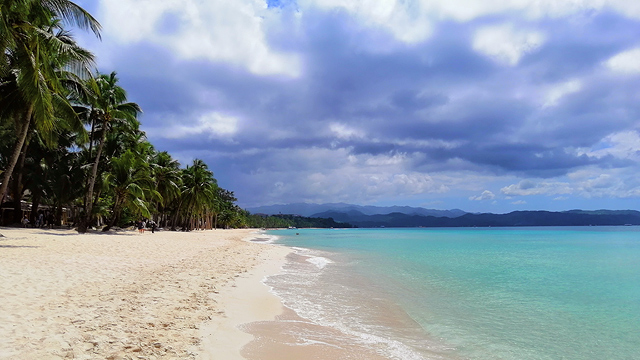 The Bureau of Fire Protection Apparently Had a "Despedida" in Boracay

(SPOT.ph) Boracay in Aklan shifted to a modified general community quarantine on June 16. This meant that residents of the island as well as locals from Western Visayas are finally allowed to enjoy the island destination, provided they stick to quarantine guidelines: physical distancing, wearing face masks along the beach, and checking in only at accredited resorts and hotels. Personnel from the Bureau of Fire Protection Region VI, however, were found to have violated the protocols days before the island eased its restrictions. According to a report by ABS-CBN's Jeff Canoy, Tourism Secretary Bernadette Romulo-Puyat confirmed that the group held a "despedida party" and stayed in Boracay from June 12 to 14. And unfortunately, one of them turned out to be positive for COVID-19.

The local government of Malay, Aklan, explained in a statement that the "unfortunate event" happened on June 12 when the group went to Boracay via Tabon-Tambisaan Ports at 5 p.m. Records show that there were 24 personnel from the regional Bureau of Fire Protection (BFP) who landed on the island that afternoon, and departed the municipality on June 14 at 1:40 p.m. They were allowed entry after they explained that they were attending a "conference," which turned out to be a meeting of secretaries from the Deparment of Environment and Natural Resources, the Department of Interior and Local Government, and the Department of Tourism from June 11 to 12.

This isn’t the first time that government personnel have violated quarantine protocols. Maj. Gen. Debold Sinas and 18 other policemen from the Philippine National Police are under investigation for possible criminal and administrative liabilities following a mañanita at the police chief’s house in May. President Rodrigo Duterte defended the official, saying that he "will not order his transfer. He stays there."

Boracay Aklan Bureau Of Fire Protection Covid-19 Covid-19 News Adventurer Savvy Seasoned New Normal Opinions
Your Guide to Thriving in This Strange New World
Staying
In? What to watch, what to eat, and where to shop from home
OR
Heading
Out? What you need to know to stay safe when heading out