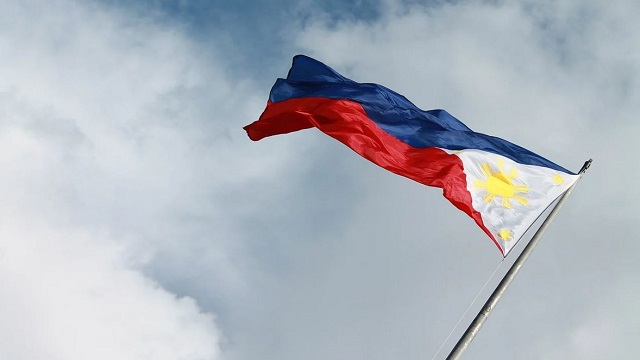 PSA: There's an Actual Law on How to Behave When the National Anthem Is Being Played

In case some people have forgotten.

(SPOT.ph) It seems a refresher on Republic Act 8491, a.k.a. the "National Flag and Heraldic Code of the Philippines," is in order—specifically for Crispin Remulla, representative of Cavite's 7th district and currently the number-one name under the "Not Paying Attention" column on Congress' figurative blackboard.

The congressman is now under fire after he was caught nonchalantly writing a note as the national anthem played before a hearing on the ABS-CBN franchise renewal. According to him, it was "because something went into my mind for the questions I will ask," as quoted by CNN Philippines, clarifying that this was not an excuse. As seen in the video, the rest of the chamber was standing at attention.

"I'd like to apologize for an earlier incident na ako po’y may sinusulat na note nung nag-flag ceremony tayo," Remulla said later on during the session. "As usual, the ABS-CBN people are the ones playing it up now on social media. But I will forgive them," he added before proceeding to discuss the alleged tax violations of the media giant.

Whenever the national anthem is played at a public gathering, "all persons shall stand at attention and face the Philippine flag, if there is one displayed," as stated in Section 38 of R.A. 8491. Folks must "execute a salute," which for civilians entails placing their right hands over their "left chests" and must also end at the last note of the "Lupang Hinirang."

As for flag-raising ceremonies, "at the moment the first note of the anthem is heard, everyone in the premises shall come to attention; moving vehicles shall stop," states Section 21. A salute must also be executed as the flag is raised briskly up the moment the anthem is played.

Plus, fun fact: The law requires the attending public to sing the national anthem. "The singing must be done with fervor," it states.

Violators can be slapped with a fine ranging from P5,000 to P20,000 and/or imprisonment for not more than one year depending on the court's decision, according to Section 50. Remulla, despite the gaffe, appears to know this part, at least. "Magbabayad tayo kung kinakailangan po," he said referring to a possible penalty.