Joyce Bernal Stopped From Entering Sagada to Shoot Video for SONA
Loading
Already a member? Log in
No account yet? Create Account
Spot.ph is your one-stop urban lifestyle guide to the best of Manila. 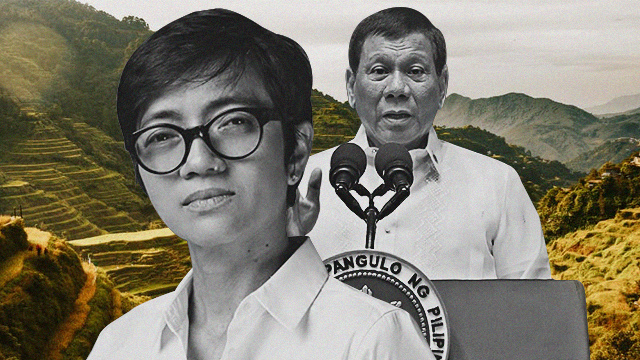 (SPOT.ph) The Mountain Province in the Cordilleras recorded only one confirmed case of COVID-19 in June 16—and he was already sent home on June 29—since the first case in the country was confirmed in January. This is attributed to the province's heath measures, which include strict quarantine for arriving OFWs, suspension of all tourism-related activities especially in Sagada, and closure of their borders. Even a call from Malacañang Presidential Broadcast Staff to allow director Joyce K. Bernal—along with her video team to shoot for the upcoming State of the Nation Address of President Rodrigo Duterte—to enter Sagada on July 5 didn't convince the local government unit to make an exemption.

In a statement by the Municipality of Sagada posted on July 6, 10 a.m., it was explained that a coordinator from the Malacañang Presidential Broadcast Staff-RTVM called the office of the mayor and the Municipal Disaster Risk and Management Office to ask permission for Bernal's team to come for a video shoot in Sagada. The footage would supposedly be used for the upcoming State of the Nation Address on July 20. The request was denied.

Despite the rejected initial request, the local government unit found out that Bernal's team is already on the road to Sagada on July 5, Sunday. It was explained by the Sagada Rural Health Unit that the task force was informed when the team passed by Sinto.

An emergency meeting was convened by the Municipal Disaster Risk and Management Office and the local COVID-19 task force at 1:30 p.m. that same day. It was found in this assembly that on July 3, Friday at 5:04 p.m., Fern Castro—coordinator of Bernal's team—also sent an e-mail to the mayor's office, informing them that 14 members from Bernal's team is arriving in the evening of July 5 with authorization from Dennis Wilfred P. Pabalan, executive director of the Malacañang Presidential Broadcast Staff. It was pointed out that this written communication was sent after office hours.

Upon arrival, Bernal's team was escorted by the Philippine National Police to Sagada Cellar Door. They were supposed to check out the Sagada Heritage Village, which turned them down following strict local guidelines that all tourism establishments continue to be closed amid quarantine. Bernal was later escorted to the ongoing meeting where she was told that the office is "not allowing the entry of the team to the municipality of Sagada," as indicated in a written letter. The body agreed to the director's appeal that "they be given the night to rest in Cellar Door," but with the condition that the property will be closely monitored by the local task force and that the staff will undergo mandatory quarantine. It was also confirmed by the mayor’s office that Bernal’s advanced party is composed of five individuals, which includes actor Piolo Pascual.

Felicito O. Dula, Sagada vice mayor and officer-in-charge of the Sagada COVID-19 task force, cited four reasons for denying Bernal's team access to the area, including the fact that "the strict implementation on the entry of all persons coming outside Mountain Province to Sagada has been effective in maintaining the municipality as a COVID-19-free community." Mountain Province is under low-risk modified ge neral community quarantine from July 1 to 15, but Metro Manila is still under general community quarantine.