Where to Get The Old Guard Comic Book in Metro Manila
Loading
Already a member? Log in
No account yet? Create Account
Spot.ph is your one-stop urban lifestyle guide to the best of Manila. 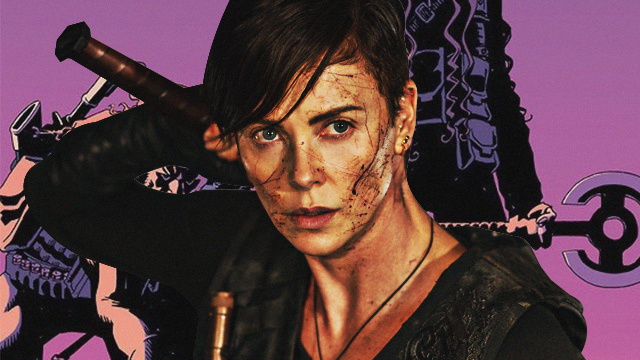 Can't Get Enough of The Old Guard? Get Your Hands on the Epic Comic It Was Based On

(SPOT.ph) Charlize Theron is back on the silver screen—this time as the immortal Andromache of Scythia (a.k.a. "Andy"). The Old Guard dropped on Netflix and is, as of writing, the Top 2 in the Philippines. If you haven't already watched the action-packed film, it follows a group of undying mercenaries as led by Andy who have worked to protect the world for millennia. But as they make it to the 21st century, time finally catches up to them and they discover that nothing lasts forever (and not just in the #hugot sense).

The film has been met with rave reviews—in praise of Theron seamlessly keeping her action-flick throne in check (remember Mad Max: Fury Road and Atomic Blonde?). But the layered story and colorful cast of characters—newbie immortal Nile Freeman (KiKi Layne), former enemies in The Crusades and now lovers (Joe Marwan Kenzari) and Nicky (Luca Marinelli)—aren't to be missed either.

We have comic creators Greg Rucka and Leandro Fernández to thank for the hard-hitting world of The Old Guard. Their critically acclaimed comic series of the same name was the basis for the epic action flick we now have. Eisner-awardee Rucka wrote the comics—and the movie's screenplay—while Fernández was in charge of the art, and they released the first issue in 2017.

With Rucka in charge of the screenplay, you can expect that the movie remains loyal to its source material thoughout—except for one major point. We won't say much for the sake of those who haven't watched it, but we will say the difference literally means life or death for Andy's character.

If you'd like to dive deeper into The Old Guard world, the comic series is up on local seller Comic Odyssey's database, which is unfortunately out of stock as of writing, though we suggest you add it to your want list so you can get a heads up when it's available again. You can also download the e-book versions from Amazon for Kindle. Price ranges from U.S. $0.99 to U.S. $3.19.

Savvy Seasoned The Old Guard Netflix Charlize Theron Comic Books Reads
Your Guide to Thriving in This Strange New World
Staying
In? What to watch, what to eat, and where to shop from home
OR
Heading
Out? What you need to know to stay safe when heading out