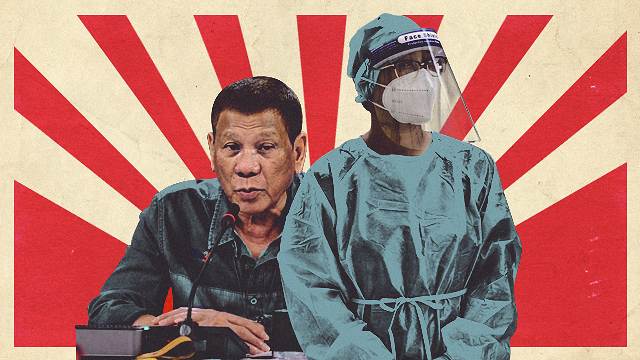 What exactly did the Les Miserables song have to do with it?

(SPOT.ph) Doctors have released another letter addressed to President Rodrigo Duterte; this time clarifying the intent of their original plea after Duterte's comments on a "revolution" during his national address in the late hours of August 2. Metro Manila will shift back to an MECQ on August 4 after the Philippine College of Physicians released a letter declaring medical frontliners' need for a "time out"—the same letter the president addressed during a taped speech that was televised on Sunday, August 2.

"There was never a call for a revolt nor was there any threat of leaving patients on their own," stated Dr. Mario Panaligan, president of the  Philippine College of Physicians (PCP), in his clarification letter. Neither was there any intention, "to humiliate the administration and the [Inter-Agency Task Force]."

"Lest it be forgotten by our health authorities, the PCP sent a letter to [the Department of Health] sometime in April 2020," added Panaligan. They asked for test kits to be reserved for health care workers who were on active duty in a bid not just to keep the frontliners healthy enough to continue their duty, but also to "boost the morale of frontliners."

"These valid requests if they were granted early on would have made our harrowing experiences bearable," he wrote, adding that "We bear no ill will." Still, "our empty cries had to made known somehow." Panaligan also clarified that if they had known the president was not deeply aware of their situation, they would have sought a private audience.

The letter comes after the president told the medical frontliners in his address, "Do not try to demean the government." He added, "There would not have been [a] need for you to go into, itong ganito, 'raising your hands' as if sabihin ninyo 'rebolusyon, rebolusyon,'" presumably about the frontliners' letter and the media forum that made the rounds online on August 1.

Roque noted that the criticisms of Senator Franklin Drilon, Vice President Leni Robredo, and even the Filipino version of the Les Misérables song "Do You Hear the People Sing?" which circulated online during the 2020 State of the Nation Address, all added to the context of Duterte's statement.

Regardless of how the Palace interpreted the letter, it all boils down to one thing: doctors should be the ones telling everyone what to do these days, not politicians.

Adventurer Savvy Seasoned Covid-19 Covid-19 News Frontliners Harry Roque Duterte
Your Guide to Thriving in This Strange New World
Staying
In? What to watch, what to eat, and where to shop from home
OR
Heading
Out? What you need to know to stay safe when heading out