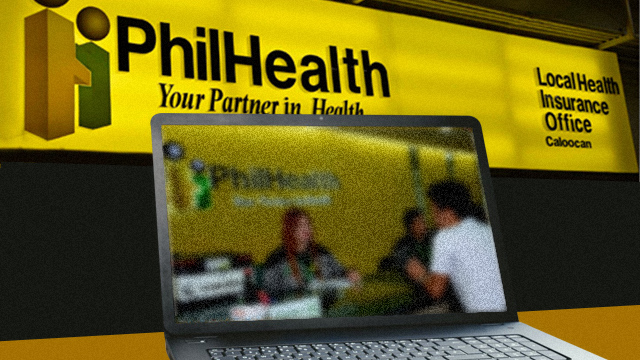 In case there are still those who haven't gotten a, well, "whiff" of corruption.

(SPOT.ph) Filipinos everywhere have been bombarded with huge numbers regarding the alleged fraud within the Philippine Health Insurance Corp. in the past few days. Executives of the government-run agency—in charge of our national healthcare system—have been accused of fraudulent schemes: from a government "mafia" to an allegedly overpriced IT-related budget.

Amid the allegations, Ricardo Morales, president of the Philippine Health Insurance Corp. (PhilHealth), still has President Rodrigo Duterte's trust. "If there’s evidence that would affect his trust and confidence, of course it will change," Palace Spokesperson Harry Roque was quoted as saying by Inquirer.net.

The past few days have unearthed many strange happenings in the government-owned and controlled corporation. If the huge numbers have you confused, we list the biggest ones here:

A "sindikato o mafia" on the higher rungs of PhilHealth allegedly made off with around P15 billion of the agency's money, according to whistleblower Thorrsson Montes Keith, a former anti-fraud legal officer. "Naniniwala po ako na ang perang winaldas at ninakaw ay humigit kumulang P15 billion," he said in a testimony before the Senate Committee of the Whole on August 4.

A culture of corruption has become the norm for PhilHealth, said Keith, because key players of the so-called syndicate occupy powerful positions. Keith resigned from the agency in July. His resignation letter, addressed to Morales, states that he "believes there is a widespread corruption in PhilHealth."

According to Morales, Keith was merely being "vengeful" after not having been given a position he wanted. In the nine months that Keith served as the legal officer, Morales says he never received a report on the alleged fraud. The PhilHealth chief also said that Keith had apparently been accused of sexual harrassment and was removed from the police force in 2017.

A massively overblown 2020 IT budget

A P2.1 billion budget was proposed by PhilHealth for Information and Technology for 2020. Some items were given a tag price way above the amount approved by the Department of Information and Communications Technology, including what must be very special laptop models that we haven't heard of yet. Two sets were tagged as costing P4.11 million for one and the other, a whopping P115.32 million. Just to compare, a new Mac Pro with the works in terms of memory, processor, and storage would cost about P3.11 million. Other items listed in the proposed budget include:

"I tried to find a solution by raising this with management, but the most frustrating part is it seems that management seems to be tolerating this act," said Alejandro Cabading, a certified public accountant who was part of the agency's board of directors, in an ABS-CBN report. Cabading said he approved an amount of P25 million for the agency's Information and Technology (IT) needs instead of the proposed P2.1 billion.

Morales allegedly authorized two separate amounts as "supplemental budget" for IT: one amounting to P302 million and another at P750 million months later, said Cabading.

There are 36 PhilHealth officials linked to alleged overpayments

The Presidential Anti-Corruption Commission has traced overpayments to 36 officials nationwide. Commissioner Greco Belgica compared the act to paying without checking the bill, as hospitals allegedly made overblown claims to the agency—which were paid without a system to validate the amount.

"Problema talaga diyan, fundamentally, sa IT dahil 'yong IT nila has no way of validating information na pinapadala sa kanila ng mga ospital and this has been going on for many, many years," Belgica told Teleradyo. The commission's partial report has already been sent to the Office of the President.

130-year-olds remain in the PhilHealth database

Morales disclosed that around 5,000 members of the agency's health insurance program are over 130 years of age—and no one knows whether they are still living or not. It was unclear whether these members are still paying or receiving benefits.

"Hindi umaabante yung IT System Development program. That’s the main reason, kasi 'yon ang malaking makakasagot sa issues about corruption," said Morales during the senate hearing. According to him, the agency needs funds to update their database and have an infomation system with biometrics that will be able to identify whether the member is alive or not. Once the IT system is put in place, "mare-reduce natin significantly 'yong ating fraud," he was quoted as saying by Inquirer.net.