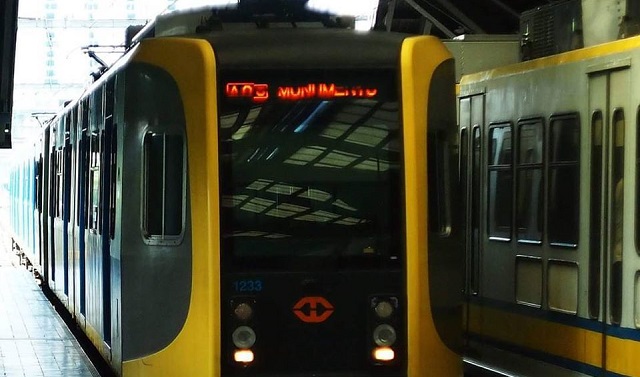 LRT-1 Roosevelt to Halt Operations for Construction of Common Station

The end station will be closed for a few months this 2020.

(SPOT.ph) The Roosevelt station, at the north end of the Light Rail Transit Line 1, will be temporarily closed from September 5 to December 28, announced the Light Rail Manila Corporation in a statement on August 6. The months-long closure doesn't exactly spell good news for those strapped for transport choices amid the current situation—but the suspension is to make way for the construction of the Unified Grand Central Station (a.k.a. Common Station).

The rest of the stations will remain fully operational—from Baclaran to Balintawak and vice versa—assured management. A shuttle service was originally planned but will not be continued due to the pandemic. There's no word on whether it will push through after the modified ECQ is scheduled to end on August 18.

The complete closure comes after a temporary passenger scheme was implemented in the early months of 2020, when passengers were shuttled between the Balintawak and Roosevelt stations.

"We assure the public that this will only be temporary and the construction of the Common Station, in the long run, will give passengers a more comfortable and reliable commuting experience," promised Enrico Benipayo, chief executive of the Light Rail Manila Corporation (LRMC).

Area A is scheduled to be complete by early 2021—fingers crossed we'll have the Roosevelt Station and much more up and running by then.

Adventurer Savvy City Life Commuting Light Rail Transit Line 1 Lrt 1 Common Station Light Rail Manila Corporation News
Your Guide to Thriving in This Strange New World
Staying
In? What to watch, what to eat, and where to shop from home
OR
Heading
Out? What you need to know to stay safe when heading out