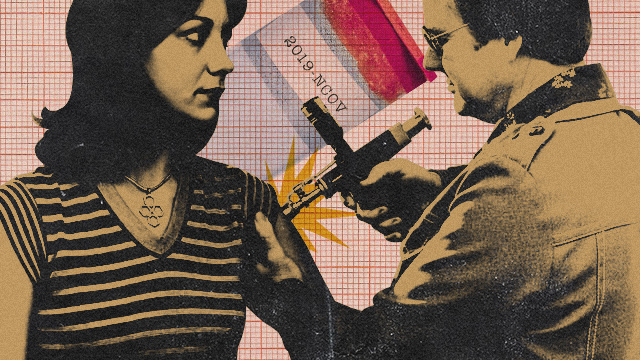 What's up with the so-called "Phase 3" and why is it necessary?

(SPOT.ph) Russia has announced that they have a coronavirus vaccine that's ready to go—resulting in the rest of the world raising its eyebrows way up on its figurative forehead. President Vladimir Putin said on August 11 that the vaccine has been officially registered and one of his own daughters was given two shots. Yet Filipino experts and those from across the globe have pointed out that the vaccine in question is yet to undergo Phase 3 of clinical trials, a vital step in ensuring its effectivity.

"Buyer beware," posted Dr.  Peter Julian Cayton, a statistician from the University of the Philippines, on Twitter when the news broke. President Rodrigo Duterte, meanwhile, stated that he had "huge trust" in the Russian vaccine and was willing to be one of the first to join local trials, he said in a public address on the same day. "Pagdating ng bakuna, in public, para walang satsat 'yan, in public, magpa-injection ako. Ako 'yong maunang maeksperimentuhan," he said, adding that he expects Putin to send us a supply of the vaccine free of charge.

Vaccines undergo extremely rigorous testing to ensure it is safe for people. Phase 3 is meant to determine two points: whether it works better than a placebo, and that it causes no harm to its receivers, according to The New York Times. Tens of thousands of volunteers are given either a placebo or the trial vaccine, and then scientists keep tabs on them to check if there are any adverse effects. "Then you wait to see, do they get sick or not. Do they die or not?" said vaccine expert Dr. Steven Black in the report.

If fewer of those vaccinated get sick compared to those who received the placebo, then that spells promise for the vaccine. This step will entail trials on thousands of people and several months or years of data tracking before conclusive results can be put down as official data.

According to the website of Sputnik V, the Russian vaccine's name, Phase 3 is slated to begin on August 12. It will involve more than 2,000 people from Russia and in the countries of Saudi Arabia, the United Arab Emirates, Brazil, and Mexico. In contrast, the Phase 3 trials of other coronavirus vaccines currently being tested have a test group of around 30,000 volunteers each, reports the Times.

Phase 1 and 2, in which the vaccine is tried on a group of a dozen than a couple hundred people respectively (with trials stepping up based on results), was completed on August 10 for Sputnik V, according to the website.

Still, the Russians appear to be set to use their vaccine, with the website stating that "under emergency rules adopted during the COVID-19 pandemic [it] can be used to vaccinate the population." They are targeting the start of mass production by September 2020 with their population set to recieve—on a voluntary basis, said Putin—the vaccine beginning October, reports  Time magazine. It reportedly grants two years immunity from COVID-19.

"Why are all corporations following the rules, but Russian ones aren’t? The rules for conducting clinical trials are written in blood. They can’t be violated," said Svetlana Zavidova, executive director of the Association of Clinical Trials Organizations, in an interview with Bloomberg. "This is a Pandora’s Box and we don’t know what will happen to people injected with an unproven vaccine."

"This is all beyond stupid," virologist John Moore of the Weill Cornell Medical College in New York City was quoted as saying by The New York Times. "Putin doesn’t have a vaccine, he’s just making a political statement."

Clinical trials will take a lot of time, reiterate local experts. "I would put at least 3 months bago mo masabi," said Dr. Nina Gloriani, head of the Department of Science and Technology's COVID-19 vaccine technical panel. The doctor stated that Russia may have sped up the trial process by using their military as volunteers, "Still, it’s very fast," she was quoted by ABS-CBN. Gloriani reiterated that they will closely study all vaccines before allowing clinical trials in the country.

According to the list of the World Health Organization as of August 10, a total of 28 vaccines around the world are now undergoing clinical trials. Six candidate vaccines are in the Phase 3 stage—the Gamaleya Research Institute of Epidemiology and Microbiology in Moscow, where the Sputnik V is being developed, is not part of that group.

Adventurer Savvy Seasoned Covid-19 Covid-19 News Edsel Salvana Peter Cayton Russia Coronavirus Vaccine
Your Guide to Thriving in This Strange New World
Staying
In? What to watch, what to eat, and where to shop from home
OR
Heading
Out? What you need to know to stay safe when heading out