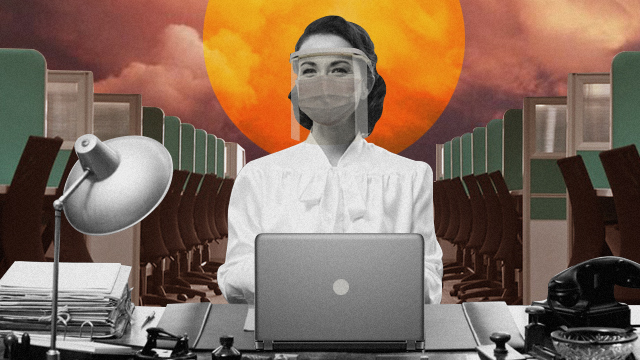 Heading to Work? You Might Need to Bring a Face Shield Starting This Week

(SPOT.ph) If you're part of those allowed to go to their offices or respective workspaces under the quarantine, then take note: Labor Secretary Silvestre Bello III has announced that wearing face shields will be mandatory for employees in the workplace starting Saturday, August 15.

And if you're wondering about the added cost, employers will be expected to provide their workers with face shields, as proposed by the Inter-Agency Task Force (IATF), said the Labor Secretary. "Tutal one time lang naman eh, minsan ka lang bibili, baka hindi naman masyadong mabigat."

The official circular is still being prepared by the Department of Trade and Industry, according to Trade Undersecretary Irineo Vizmonte. The new guideline will be implemented in all industries across the nation, especially in workplaces where physical distancing will be hard to maintain.

Face shields have been a hot topic as of late. The Department of Transportation also announced that the added protective gear will be mandatory in public transport starting August 15, the same date of effectivity for workplaces. Meanwhile, the suggested retail price will be released sometime this week, said the Department of Health—ideally warding off opportunistic folks.