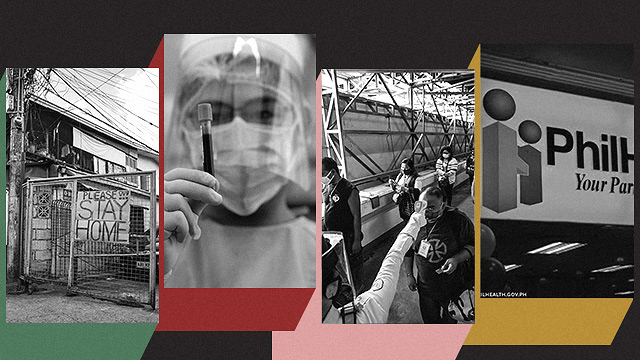 Motorcycle barriers are no longer needed if you live in the same home, too.

(SPOT.ph) You've made it to the middle of the week! Be updated on the news as we streamline what you need to know happened today, August 19.

Here are the headlines you might have missed today, August 19:

Your next driver's license will be valid for 10 years

Provided you have no violations! The Land Transportation Office will begin rolling out driver's licenses with 10-year validity starting October 2021 specifically those without "demerit points," explained Assistant Secretary Edgar Galvante. This move is in line with Republic Act No. 1093; under which the typical term of validity is five years, but stellar drivers get the benefit of 10 years!

The Department of Health reiterated that the RT-PCR swab tests are still the "gold standard" in determining whether or not a person is COVID-19 positive. Rapid antibody tests are the most widely-used type of testing thanks to its being cheap and fast, but its accuracy has been questioned "due to its low sensitive and high false negative rates, as well as uncertainties to its connection to immunity." The department does not recommend using rapid antibody tests for "final diagnosis, screening, return-to-work clearance, or travel entry policies."

Metro Manila under a "unified curfew"

As the capital shifts back to a GQC (set to last until August 31), Metro Manila mayors decided on a single curfew schedule for all folks in the area: from 8 p.m. to 5 a.m. People in the cities of Manila, Muntinlupa, and Pasig—which had their own hours set pre-general community quarantine—will be given this week to adjust.

A total of 13 PhilHealth officials have been suspended for six months without pay thanks to an order by Ombudsman Samuel Martires, reported CNN Philippines. This suspension comes from an old complaint, clarified the report, but Senator Migz Zubiri still hailed the news as "a small victory in our fight against the corruption in the Government’s Health Insurance agency."

Motorcycle barriers no longer necessary for residents of the same house

After months of pushing for motorcycle barriers, authorities decided today that they are no longer needed in GCQ areas so long as the two riders live in the same house and the passenger is an APOR (or part of the list of Authorized Persons Outside Residence). All you need are IDs or some other way to prove that the two of you do share the same address.