Bill for Ferdinand Marcos Holiday in Ilocos Norte Passed by HOR
Loading
Already a member? Log in
No account yet? Create Account
Spot.ph is your one-stop urban lifestyle guide to the best of Manila. 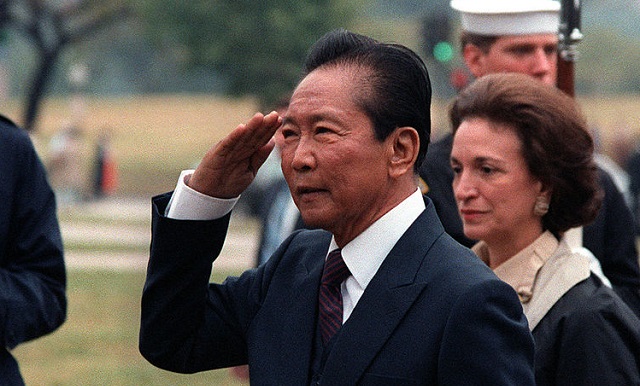 A house bill has just been approved by Congress on its third and final reading.

(SPOT.ph) A bill designating every September 11th a special non-working holiday in Ilocos Norte to mark the birthday of late President Ferdinand Marcos has been approved by the House of Representatives on September 2. House Bill No. 7137, which, if it becomes law, will officially declare September 11 "President Ferdinand Edralin Marcos Day" in the province he was born.

The bill passed through Congress with 198 affirmative votes, 8 negatives, and one abstention on the third and final reading, reported the Inquirer. It was authored by Ilocos Norte district representatives Ria Fariñas and Angelo Marcos Barba, as well as Probinsyano Ako Representative Rudys Caesar Fariñas.

This push for a law comes after President Rodrigo Duterte first made September 11 a holiday in Ilocos Norte through a presidential decree back in 2017. The date has long been a special one for most Ilocanos, with many marking the birth of half of the conjugal Marcos dictatorship with celebrations with or without an official holiday declaration. The presidential proclamation noted this annual event and stated that the people of Ilocos Norte should "be given full opportunity to celebrate and participate in the occasion with appropriate ceremonies."

Ferdinand Marcos was born in the municipality of Sarrat, Ilocos Norte on Septemer 11, 1917. He went on to become President of the Philippines in 1965 and declared Martial Law on September 21, 1972, ruling as a dictator alongside his wife, Imelda, for 14 more years before fleeing to Hawaii in 1981.

Adventurer Savvy Seasoned Marcos Ferdinand Marcos Government Ilocos Norte News Regional
Your Guide to Thriving in This Strange New World
Staying
In? What to watch, what to eat, and where to shop from home
OR
Heading
Out? What you need to know to stay safe when heading out