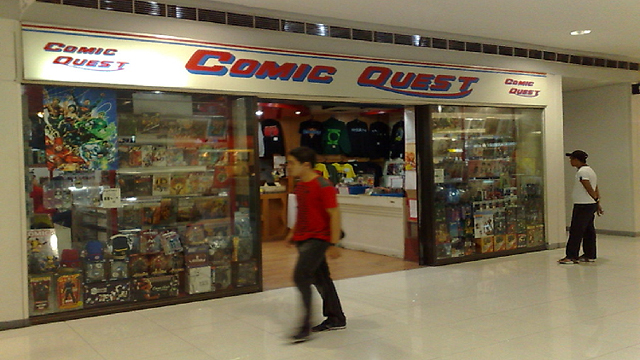 This 35-Year-Old Local Comic Bookstore Is Closing Down

They're having a special farewell sale.

(SPOT.ph) With the Philippines now having the longest lockdown in the world, businesses all over the country are struggling to survive amid suspended operations and dwindling walk-in customers. Today, September 16, 35-year-old local comic bookstore Comic Quest Philippines announced on their Facebook page that they will be closing shop. "We just want to let you know that because of the combined pressure of the pandemic, as well as the disruption of the global distribution of comic books, we've had to make the difficult decision to begin the process of closing down Comic Quest," they write in their post.

Comic Quest had its humble beginnings at their first branch at BF Homes, which opened in November 1985. They have since expanded to outlets in Greenhills, Makati, and even SM Cebu, with their most popular branch at SM Megamall. Aside from comic books, they also sell toys and apparel inspired by various DC, Marvel, and other comic book franchise.

"But now the time has come to say goodbye, and let all of you know how much we appreciate being given the chance to be part of the comic book industry," they added in their post.

As a special thank you to their patrons, Comic Quest is having a farewall sale starting on September 16 at their SM Megamall branch. "During this time we will be selling ALL items from at least 50% off and up." This runs well into October.

"While our time in this wonderful industry comes to an end, we're wishing you many more years of happy collecting! And in the words of the great Stan Lee  - Excelsior!"

Erratum (September 18, 2020): This article has been corrected to indicate that Comic Quest opened their first branch in November 1985, and not in 1986 as previously written and indicated in their Facebook page.