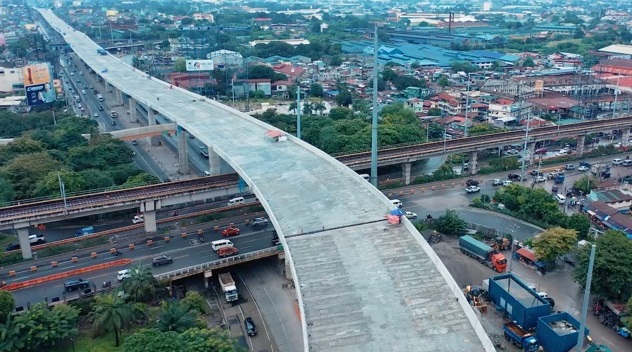 SLEX to NLEX in 20 Minutes? Skyway 3 Is Here to Make It Happen

The SMC has made some very big promises with their new highway.

(SPOT.ph) Can you imagine coasting straight from the South Luzon Expressway—through the entire Metro Manila—to the North Luzon Expressway? Well, San Miguel Corporation has declared that not only is it possible, it is their goal for motorists now that Skyway 3 is officially complete. The conglomerate announced stage three of their Skyway built from end-to-end on Tuesday, October 11—save for a few finishing touches.

The 17.93-kilometer stretch of the Skyway 3 spans from Buendia, Makati to Balintawak, Quezon City. "With this, Skyway 2 in Buendia is now officially extended all the way to the North Luzon Expressway," said Ramon Ang, San Miguel Corporation (SMC) chief, in a statement. No word yet on when it will be opened to the public but Ang did add "soon."

"We just have to wait for the weather to improve so we can make sure that the asphalt will cure properly," said the SMC president. Skyway 3 was initially scheduled to open for partial operability in the last part of 2019, according to the Department of Public Works and Highways. The project was pushed back amid the pandemic, but was still completed ahead of the delayed October 31 deadline.

According to SMC, the Skyway 3 will cut travel time for some of the most notoriously time-consuming routes of motorists: SLEX to NLEX will now only take 20 minutes; Magallanes to Balintawak will only take about 15 minutes; Balintawak to the Ninoy Aquino International Airport only 15 minutes; and Valenzuela City to Makati City just 10 minutes.

The Department of Public Works and Highways said that the Skyway Stage 3 will have eight access ramps: