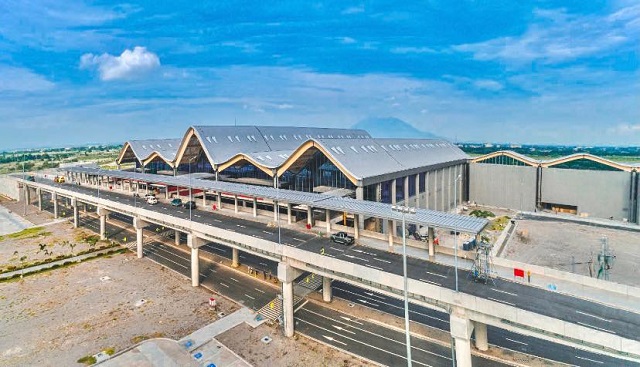 Could this be the answer to NAIA's congestion?

(SPOT.ph) Raise your hands if you have ever spent more time getting to the Ninoy Aquino International Airport in Pasay City than on your actual plane ride. Well, it looks like we might soon have another, easily accessible international terminal north of Metro Manila! The much-awaited passenger terminal of the Clark International Airport is now 100% complete, as announced by the Department of Transportation on October 13—with plans of opening it for use by January 2021.

Situated a little less than two hours away from Balintawak in Quezon City, the new passenger terminal building is sure to be a blessing for folks in the north. Plus, the cool wave-like façade is looking real impressive! Designer Budji Layug and Architect Royal Pineda were inspired by the terrains of Mount Arayat, Mount Pinatubo, and the Sierra Madre for the structure.

In a Facebook post, the DOTr said that the new terminal "is expected to significantly help in decongesting the passenger traffic at [the Ninoy Aquino International Airport]." The expansion will also help the Clark airport become "Asia's Next Premier Gateway."

DOTr, Bases Conversion and Development Authority, together with GMR Megawide worked on the  airport expansion project. According to the department, the expansion was completed "by end-September, AHEAD of its original October target completion date."

While international air travel is currently on hold, things are beginning to look up for local tourism. Fingers crossed we get to safely test out the new international terminal sooner rather than later!