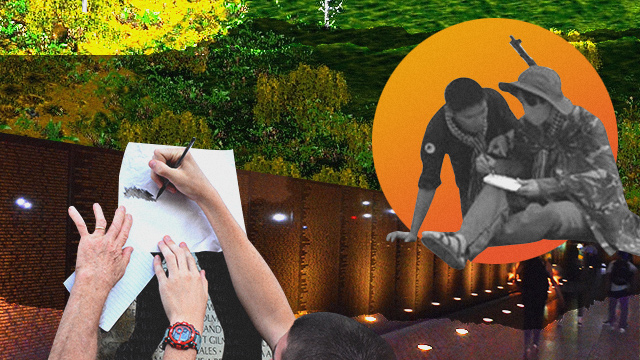 After 17 Years, Pinoy Game Developer Completes Videogame During the Quarantine

It's about the Vietnam War.

(SPOT.ph) One silver lining to the quarantine has been all the free time people now have—mostly because we no longer have to go through Metro Manila traffic. A Filipino environmentalist who goes by the name Tiger Yan made the most out of the situation by finishing a massive solo effort that he started way back in 2003: a completely free-to-download video game called The ‘Nam: Vietnam Combat Operations. It took 17 years, multiple trips to Vietnam, several different programs and applications to complete; but the finished videogame now has thousands of downloads as of this writing.

"In 2003, I started working on a game about the Vietnam War by studying and modifying an existing platform called Command and Conquer, a popular game back then," said Yan in an online exchange with SPOT.ph. He explained that the Vietnam War had been a point of interest for him since he was a child, creating models and dioramas, collecting memorabilia, and ultimately, developing an entire video game that would allow players to place themselves in the shoes of either American or Vietnamese soldiers.

Yan worked on the project intermittently for nearly two decades. "The final push was the COVID-19 lockdown, which forced me to stay home most of 2020. This gave me the time and opportunity to finish the project," he said. "I christened it ’The ‘Nam’ because it’s the term Americans most often use to refer to the war, followed by ‘Vietnam Combat Operations’ because the game allows players to imagine and execute their own operations. In a sense, it is a canvas for their imagination and whatever historical situation they wish to recreate."

The game acts as a very unique and immersive learning tool for one of recent history's most pivotal moments. You can dowload it for free online and take on the lives of either the U.S. Marine Corps or the Vietcong and People’s Army of Vietnam. Strategize or go underground and fight from the famous hidden tunnels Vietnamese forces created during the real war.

The retro feel was a part of Yan's goal when making the game. "I really made it a point to use old programs for game sounds and visuals to retain its retro look and feel," he says. Plus, to really help you get into what this part of the world was like during the Vietnam War, the game contains hundreds of different units from Marine riflemen, Vietcong guerillas, to water buffalos, tigers, and more; some of which were still made on MS Paint!

At the core of the videogame are Yan's own experiences travelling to the country's most affected by the Vietnam War. "I'm neither a programmer nor a tech-savvy person. Rather, I visit far-flung places to find endangered animals and study vanishing cultures," explained the environmentalist.

Yan was able to visit historic areas such as Ho Chi Minh’s mausoleum and the home of General Vo Nguyen Giap, "the Vietnamese general who defeated the Japanese, French, Americans, Cambodians and Chinese." He also visited the Vietnam Memorial Wall in Washington D.C. and was able to speak with Americans who served in the war. "Trekking through old battlefields and talking with war veterans, I was able to glimpse a side of the Vietnam War rarely seen on TV."

"The game is, and forever will be FREE and publicly downloadable. This is because people have enough to deal with during the COVID-19 lockdown," reiterates Yan. Instead, he hopes users would make a donation to charities and efforts—such as APOPO—working to clear landmines in the once war-torn Cambodia, which is "one of the countries devastated by the Vietnam War."

"Cambodia was a major part of the legendary Ho Chi Minh Trail, a series of interconnected jungle trails as long as the Philippines itself. The United States repeatedly bombed Cambodia and briefly invaded it in 1970. Vietnam itself stepped in to overthrow the nightmarish Pol Pot regime in 1978. I walked through old battlefields there and personally saw old clothes, bones and teeth," shares Yan.

War is no game, that's for sure, but Yan's videogame can work as a reminder for why we should strive against it. "I hope this can help tide [the players] through this difficult period. I’m sure the game is just one of many projects birthed and completed because of COVID," adds the developer. And in the midst of 2020's craziness, this free videogame is one little bright spot.