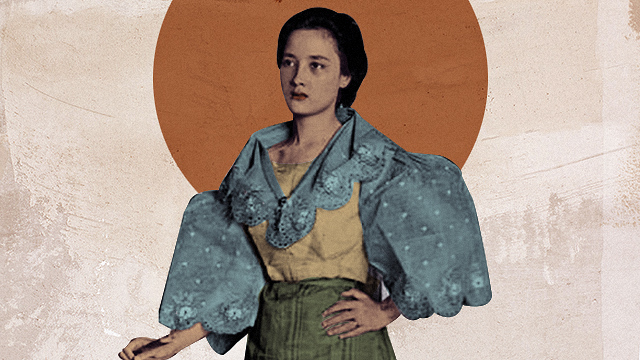 The Time to Retire the Maria Clara Mentality Was Long Ago

So why does victim-blaming persist in the PH today?

(SPOT.ph) People everywhere are outraged after the body of Christine Angelica Dacera, a 23-year-old flight attendant, was found in a hotel room after a night of partying with friends on New Year's Eve. The national police declared her case "solved" on January 5 after arresting three suspects charged with rape with homicide; nine more who were with the victim in Makati City are still being sought for their accounts of that night's events.

The death of Dacera has resparked discussion on the culture of victim-blaming in the Philippines. On the morning of January 5, after the Philippine National Police's statement, #JusticeForChristineDacera had around 422,000 Tweets and was at the top of the Twitter trends. The hashtag was accompanied by #ProtectDrunkGirls, Death Penalty, MEN ARE TRASH (yes, in all caps), and, of course, #StopVictimBlaming.

The circumstances surrounding Dacera's death have made the rounds online. The flight attendant was reportedly at a New Year's Eve party in a hotel with several male friends, facts which have brought up issues people appear to have with women drinking, having fun, and trusting the people around them.

This is not the first time people have laid the blame for rape on the victims themselves, whether in the Philippines or across the globe. But in a country where the age-old image of "Maria Clara" still persists, the expectation for women to somehow be able to "prevent" rape via the clothes they wear, who they hang out with, and the like, combined with the misguided belief that it is in men's nature to rape, inevitably means that victims regularly get the blame.

This idea that men are expected to do bad things when given the chance is what stemmed the #HijaAko movement in June 2020, barely a year before Dacera's death. The call came after Ben Tulfo, who regulary sparks conversation thanks to his outdated sentiments via very public tweets, replied to Kakie Pangilinan's call-out on rape culture by saying that women need to dress a certain way to prevent from "inviting the beast" and calling her "hija," a.k.a. "girl child."

In reply, Pangilinan told him that it was exactly this type of idea—that men are naturally "beasts" and women need to be Maria Claras to protect themselves—that continues to normalize rape. People then zoomed in on her statement, "Calling me hija will not belittle my point," using it as a jumping-off point to share their own experiences and stories.

What was so powerful with the #HijaAko tag was that it legitimized the stories of survivors. It gave people a space where being a "young girl" now made their experiences and their opinions no less valid, having turned away the belittling factor of the "hija" term.

This old-fashioned connotation can be tied in with the Maria Clara traits of subservience and conservativeness; somehow making the abuse these "hijas" and others experienced less about their being the victims and more about what they must have done for the assault to even happen.

Why Is Victim-blaming Still Happening, Anyway?

There have been many times when a backhanded comment that blames assault victims sparked discussion in the country, signaling a deepseated mindset. Back in February 2018, Umagang Kay Ganda's Anthony Taberna received tons of flak after reporting on a 19-year-old who was gang-raped after meeting up with someone she'd been chatting with online, essentially saying it was her fault for putting herself in the position to be raped.

Comments and statements like these are still fairly common—prevalent enough for many victims to fear bringing their case to court. Questions such as "Why were you out that night? What were you wearing? Why were you drinking?" and the like are common in preliminary investigations.

"You can already guess the [outcome] of that prosecutor’s resolution," noted lawyer Estella Elamparo in a July 2020 forum "Together We Resist: Stand Up Against Rape Culture and Victim Blaming" organized by Thomson Reuters.

There exists a victim-blaming culture in the Philippines that impedes rape cases with that type of mindset persisting all the way even to judges, added University of the Philippines psychology professor Beatriz Torre during the forum. According to the professor, "dominant narrative stereotypes" of men as sexual aggressors and women as "sexual gatekeepers who resist sexual advances to retain purity," a.k.a. Maria Clara, still remain.

The persona of Maria Clara, the epitome of a "Dalagang Filipina", was created at the height of Spanish colonization. She embodied the traits meant to be idealized by the Filipina of that time: obedient, subservient, conservative, religious, et cetera—yet the archaic traits of feminity that she carried hundreds of years ago have somehow remained idealized today.

Lest we forget, at the end of Noli Me Tangere, it was implied that for all her conservative and "ideal" traits, she still became a victim of rape at the hands of Padre Salvi. While there is nothing wrong with being conservative or religious, the time to let go of using her as the current ideal Filipina has long past—and using her idealized traits to justify victim-blaming even more so.

Adventurer Savvy Seasoned Maria Clara Victim-blaming Pinoy Explainer Staying In
Your Guide to Thriving in This Strange New World
Staying
In? What to watch, what to eat, and where to shop from home
OR
Heading
Out? What you need to know to stay safe when heading out