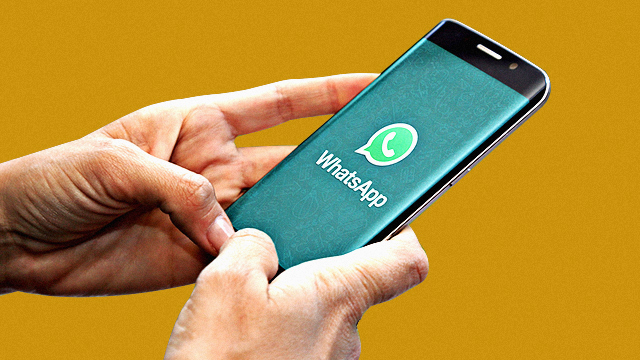 If you're thinking of leaving WhatsApp.

(SPOT.ph) WhatsApp, a popular messaging platform, saw an exodus in its users early in January following an update in its terms and privacy policy. The announcement appears as soon as the app is opened, informing subscribers of the changes that will be happening by February 8—including "How [WhatsApp] partners with Facebook to offer integrations across the Facebook Company Products." This raised an alarm among those uncomfortable with suddenly having their data shared with social-media giant. While we all know that Facebook owns WhatsApp anyway, this change makes it easier for the social-media platform to target users with advertising based on their online behavior.

While WhatsApp clarified that they will "continue to protect private messages with end-to-end encryption," the damage has been done and a lot of people have already moved to other messaging apps. Telegram on January 12 acquired 25 million new users in just 72 hours with 38% coming from Asia. Signal saw a surge of 7.5 million installs globally from January 6 to 10, the highest in the app's history.

These secure messaging apps are known for their robust security and less controversial privacy policies:

Telegram, which was launched in 2013 by brothers Nikolai and Pavel Durov, claims that "making profits will never be an end-goal." The freeware, however, is set to introduce monetization in 2021 to pay for the continuous growth of its infrastructure and compensate developers. Pavel, in a post on December 23, also said that "we are not going to sell the company like the founders of WhatsApp."

With its not-for-profit stance, Telegram maintains two fundamental privacy principles, which are: "[They] don't use your data to show you ads." and "[They] only store the data that Telegram needs to function as a secure and feature-rich messaging service." Users are allowed to use a different screen name from their real name, set up a two-step verification, and all data is end-to-end encrypted. Storage is located in third-party provided data centers, but personal data is owned by Telegram. "All data is stored heavily encrypted so that local Telegram engineers or physical intruders cannot get access," their policy states.

Signal is powered by the open source Signal Protocol, which allows voice calls, video calls, and instant messaging conversation using an end-to-end encryption. It is developed by non-profit Signal Foundation and runs primarily on donations. Signal was first released in 2014, but wasn't widely used until 2019.

Their privacy policy states that all calls and messages cannot be decrypted and accessed by Signal. And while technical information are stored in their servers, they're limited to "the minimum required to operate." Information shared with third-party services like YouTube and Spotify require verification from users and are also bound by Signal's terms.

Wire was launched in 2014 by Switzerland-based Wire Swiss, which has many employees coming from Skype. It also uses end-to-end encryption for messages, images, files, and calls. And to take things further, each message has a new encryption key. The app implements the Proteus protocol, an encryption based on the Signal protocol.

Because of its location, Wire is fully compliant with strict data protection laws in Switzerland and the European Union. All information you need regarding their protocols are in a PDF on their website, which you can definitely geek out on. But their privacy policy is easy enough to understand, ensuring that there's nothing suspicious going on. Wire also indicated on their FAQ page that they "do not sell analytics or usage data to anyone" and has "no ads, no banners, no popups, no takeovers."

Staying In Whatsapp Mobile Apps Adventurer Savvy Seasoned Tech
Your Guide to Thriving in This Strange New World
Staying
In? What to watch, what to eat, and where to shop from home
OR
Heading
Out? What you need to know to stay safe when heading out