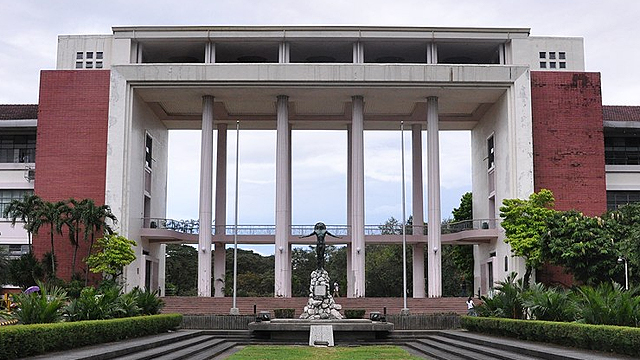 What Is the UP-DND Accord and Why Is It Important?

Local officials and the UP president have sounded off on the issue.

(SPOT.ph) News broke on Monday night, January 18, that the 1989 University of the Philippines-Department of National Defense Accord was unilaterally terminated by the latter. The state university was officially notified on January 15 in a letter of abrogation by Secretary Delfin Lorenzana addressed to University President Danilo Concepcion. State forces can now step onto campus grounds without prior notice.

The defense department said that they find the previous agreement a "hindrance in providing effective security, safety, and welfare of the students, faculty, and employees of the University of the Philippines (UP)." Lorenzana also claimed that there is an "ongoing clandestine recruitment inside UP campuses nationwide for membership in the Communist Party of the Philippines/New People's Army."

Concepcion on the morning of January 19 sent a letter to Lorenzana expressing "grave concern of [the] abrogation, as it is totally unneccesary and unwarranted, and may result in worsening rather than improving relations between [the two] institutions, and detract from [their] common desire for peace, justice, and freedom in our society."

The reply concluded with a request "to reconsider and revoke [DND's] abrogation," citing the fact that the decision was unilateral and without prior consultation.

Iloilo-based newspaper Daily Guardian reported on January 19 that UP Visayas chancellor Dr. Clement C. Camposano "will be denouncing it." He also posted online that "The University of the Philippines Visayas, like the rest of the UP System, will remain a bastion of academic freedom. This is not something anyone can abrogate. We will stand firm against any and all attempts to deprive us of our democratic rights."

Local Officials on UP-DND Accord Termination

Vice President Leni Robredo released a statement on January 19 saying that the accord "was an effort to ease apprehension, not just within the UP community, but among the public at large, that the reign of violence and terror that held sway during the dictatorship had never really gone away. Its aim was not to exempt UP or its community from any law, but to send the clear message that in a democracy, even a fledgline one, law enforcement was conducted following clear rules, within defined limits. That in a democracy, there was no place for relentless war waged across all borders, without oversight or accountability, against any person those in power had decided to brand an enemy."

The scrapping of the decades-old accord, Robredo added, "sends the opposite message: That under this administration, anyone, anywhere, at anytime, is fair game."

Senator Kiko Pangilinan, a law graduate of UP Diliman, also sounded off on the issue. and said that "UP has always been and will always be a citadel of freedom and democracy."

It prohibited the Armed Forces of the Philippines, what was then the Philippine Constabulary-Integrated National Police (now Philippine National Police), and now-defunct Citizen Armed Force Geographical Unit from conducting any military or police operations on any UP campus without prior notification. This is except in "cases of hot pursuit and similar occasions of emergency."

The service of search or arrest warrants on any UP student, faculty, or employee, can be done only after prior notification to UP officials. At least two UP faculty members should be present during serving of the warrant. The arrest or detention of any UP student, faculty, or employee, should be reported immediately by the military or police to UP officials.

The agreement also stipulated that the university strengthen its "own security, police, and fire-fighting capabilities."

The UP-DND Accord succeeded the 1982 Soto-Enrile Accord, which was signed by student leader Sonia Soto and then-defense minister Juan Ponce Enrile.

Hard News Leni Robredo Up Diliman Adventurer Savvy Seasoned Staying In
Your Guide to Thriving in This Strange New World
Staying
In? What to watch, what to eat, and where to shop from home
OR
Heading
Out? What you need to know to stay safe when heading out