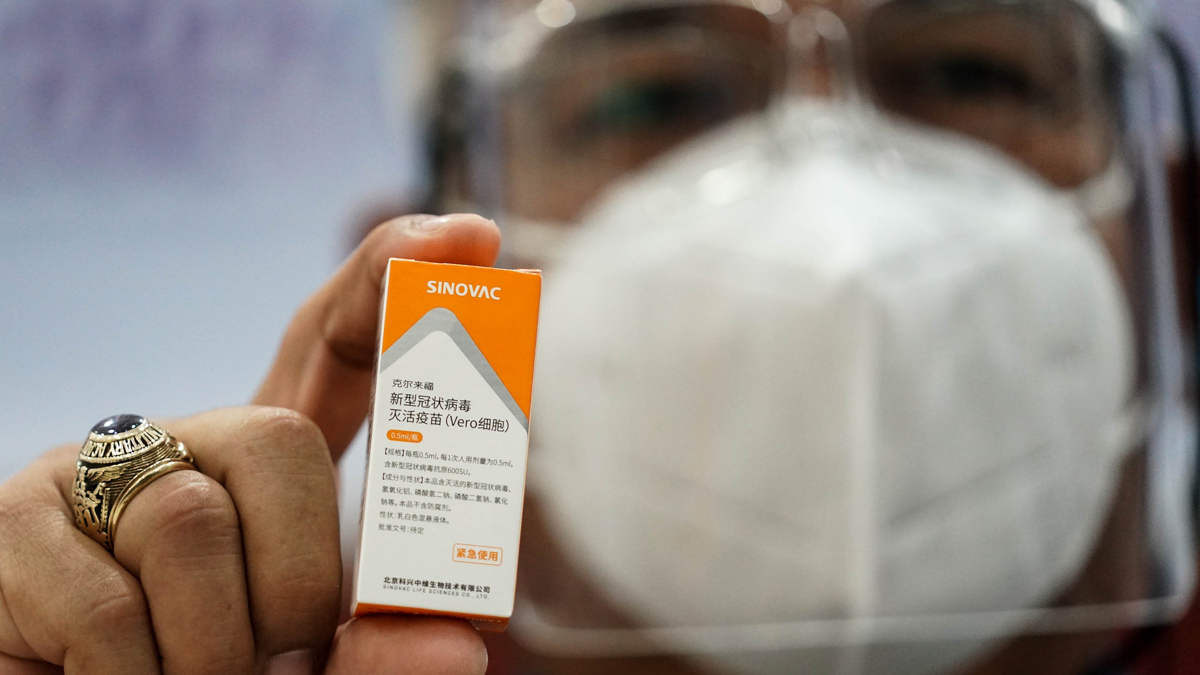 Everything You Need to Know About Vaccine Efficacy

CoronaVac by Beijing's Sinovac has a 50.4% efficacy rate.

The Philippines on March 1 administered its first COVID-19 vaccines using CoronaVac from China's Sinovac. There's some skepticism online as the jab has an efficacy rate of 50.4% and clinical trials have been largely shrouded in secrecy.

CoronaVac's 50.4% efficacy rate compares with 95% for the Pfizer BioNTech vaccine and 70% for AstraZeneca.

Consider a Population of 100

If for example, a vaccine with 50% efficacy is given to a population of 100, half will likely get sick while the other half will not get sick, according to Dr. Edsel Salvana, who heads the Institute of Molecular Biology and Biotechnology at the National Institute of Health.

Given that the 100 were vaccinated, those who do get sick will be less likely to infect others since they were inoculated, said Salvana, who is also part of the Technical Working Group on COVID-19 vaccines.

Efficacy Rate Is Based on Trials

It is important to note that the efficacy rates are based on controlled human trials—at least for now. Vaccine trials take a representative sample to gauge its effects on the larger population. It's like an opinion poll.

Vaccine efficacy is among the top criteria for approval of any jab, according to infectious disease expert Dr. Nina Gloriani, who heads the technical group. Before COVID-19, Gloriani had overseen numerous vaccine trials, including one for leptospirosis.

So far, only the Pfizer vaccine has had a real-world efficacy that came close to the trial-based efficacy—94% based on the Israel vaccine rollout.

The Real World Is Different

Outside of the laboratory, optimum vaccine efficacy rests on several factors, said the Canadian Center for Vaccinology as published by the World Health Organization.

Foremost is the condition of the primary care center where the vaccine is delivered. Some vaccines for example require storage at sub-zero temperatures. The Sinovac jab doesn't require deep freezing—during the ceremonial inoculations on in Manila on March 1, vaccinators only needed gloved hands to handle the doses.

The health of the recipient also plays a part. It will depend on their age and whether they have co-morbidities, according to the WHO paper. In Norway, there were initial concerns over senior citizens dying after getting the Pfizer jab. Authorities later said the deaths were not directly related to the vaccine.

How Vaccines Fight the V irus

At least in the case of Sinovac, Salvana illustrated efficacy this way: It will reduce a lion into a cat.

"'Yong leon po, ginagawa nating kuting. We are turning COVID-19 from a deadly disease that shut down the whole world into a common cold," he said.

Should You Wait for a Vaccine With Higher Efficacy?

Government officials are urging the public to grab the first available vaccine. The benefits of getting protected now far outweigh waiting and leaving oneself vulnerable to COVID.

Some healthcare workers have protested the use of Sinovac saying they were promised the Pfizer jab.

This story originally appeared on Reportr.world. Minor edits have been made by the editors.

Heading Out Syn-00171 Covid-19 Vaccine Adventurer Savvy Seasoned Explainer Science Hard News Syndication
Your Guide to Thriving in This Strange New World
Staying
In? What to watch, what to eat, and where to shop from home
OR
Heading
Out? What you need to know to stay safe when heading out