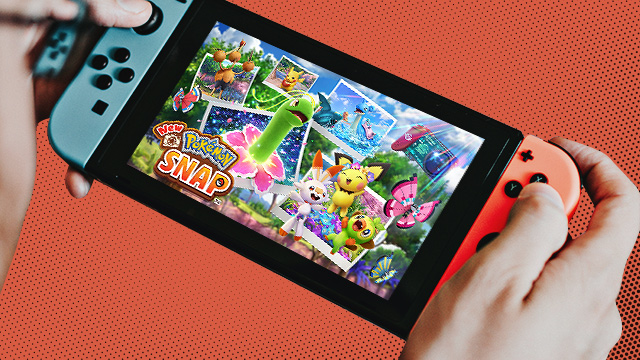 10 Exciting Drops Every Gamer Should Watch For in 2021

(SPOT.ph) Playing video games is always going to be one of the world's favorite pastimes—whether it's after a long day at work or after doing chores (or both, especially in today's quarantine set-up). Game developers have been busy despite the pandemic—which means gamers have a lot to look forward to in the coming months. Below, we round up 10 of the most anticipated games that we cannot wait to button-mash on.

We can't wait for these upcoming games in 2021:

What if Pokémon tried the multiplayer online battle arena genre? You have your answer in Pokémon Unite. It’s a 5v5 game that feels like Mobile Legends: Bang Bang but with our fave pocket monsters. In the game, players pick one Pokémon each and must catch wild Pokémon in the arena to score points. The team with the most points after the time limit wins. At the same time, you can have your main Pokémon level up, evolve, and learn new moves by defeating wild Pokémon. Defend your base by duking it out against the other players. The best part is that cross-platform play between mobile and Switch gamers are supported!

From the creators of the Dishonored series comes this first-person PC and PlayStation 5 action game that is set in the mysterious island of Blackreef. In Deathloop, you play as Colt, an assassin who is stuck in a time loop. The only way for you to end the loop and prevent it from resetting is by killing your eight targets. But the game is multiplayer; other players can take on the character of Julianna, a rival assassin whose mission is to stop Colt from succeeding.

Available on PlayStation 5 and Windows.

Raise your weapons and ready your incantations, DnD stans! On March 20, Dungeons & Dragons: Dark Alliance finally got its official release date. Its gameplay is action-RPG that features characters from The Legend of Drizzt series. Accompany Drizzt Do’Urden and the rest of the gang in exploring the coldest reaches of the Forgotten Realms in real-time combat and co-op. The game can support up to four players, both online and offline. You can play solo, but where’s the fun in that?

Available on PlayStation 4 and 5, Xbox One, Xbox Series X and S, and PC.

Summoners Wars: Sky Arena is one of the most famous RPG games for mobile—which is why it’s a no-brainer for its game devs to expand the franchise with Summoners War: Chronicle. Chronicle is an MMORPG that features the events that occurred 70 years before Sky Arena. Party up with up to two other players in exploring new dungeons and killing monsters for rad and powerful loot. A World Arena feature is available for PvP and guild battle is said to be in the plans for the near future.

Say cheese! New Pokémon Snap is a sequel to the 1990s game that puts your photo-capturing skills to the test. You need to help Professor Mirror take pictures of different Pokémon in their natural environments as part of his “ecological survey.” The game judges the framing, angle, and subject pose of your pictures, so, the better pictures you have, the higher score you will gain. After taking a picture, you can modify its brightness, blur, zoom, and many other elements to improve its quality.

Resident Evil is one of the most famous video-game franchises in the world—and its lore is just going to get bigger with the release of its eighth installment, Resident Evil Village, in May. The game takes place a few years after the events of Resident Evil 7: Biohazard when Ethan and his wife Mia tries to live a quiet life until Captain Chris Redfield arrives and ruins everything. Now, Ethan must survive and complete his missions to reunite with his family. According to Capcom, the game is “eligible to upgrade from PlayStation 4 to the digital PlayStation 5 version and will support Smart Delivery for Xbox Series X|S and Xbox One consoles.”

Available on PlayStation 4 and 5, Xbox One, Xbox Series X, and PC.

Set in the world of FF7, The First Soldier is a battle-royale game that involves guns, Chocobos, summoning, and magic spells. Its story happens in the time before the events of FF7 have unfolded—when the Shinra Electric Company looks to test its SOLDIER program through multiplayer battle. According to its game developers, this is their attempt to recruit new fans to the world of Final Fantasy. The gameplay is a bit like Final Fantasy meets Valorant, so it’s pretty cool.

Digimon Survive is a long-awaited strategy game originally slated with a 2019 release. In October 2020, producer Habu Kazumasa announced that the game would be delayed due to the pandemic and will be officially released in 2021. The game is a survival simulation RPG. Players control a character named Takuma as he and Agumon get stranded on an alternate dimension. Together, they must survive the wilderness and find a way to return home.

Available on PlayStation 4, Nintendo Switch, PC, and Xbox One.

Guerilla Games made their presence known in the gaming scene with the release of Horizon Zero Dawn. It was then last year when they announced that a sequel named Horizon Forbidden West will be released in 2021. Aloy and Sylens return to explore the undiscovered lands in the west and witness dozens of new machines to override or kill. According to game director Mathjis de Jonge, Horizon Forbidden West’s story will focus on Aloy and how she must save the planet from a “collapsing biosphere that is choking wildlife and starving animals and tribes” and extreme weather events such as “massive supercell storms.”

Available on PlayStation 4 and 5.

First off, The Outlast Trials is not a sequel, but is very much inside the Outlast universe. The Outlast Trials was announced in December 2019 and horror fans have been hyped ever since. It is a first-person psychological horror game that has solo mode and co-op mode that can accommodate up to 4 players. The story is set in the era of the Cold War where players take on the roles of human test subjects of the Murkoff Corporation. Friendships will be tested—in the name of survival, progress, and science.

Platforms are TBA as of writing.

Adventurer Savvy Seasoned Instagram Guide Apps Tech Staying In Games Greener Gaming
Your Guide to Thriving in This Strange New World
Staying
In? What to watch, what to eat, and where to shop from home
OR
Heading
Out? What you need to know to stay safe when heading out