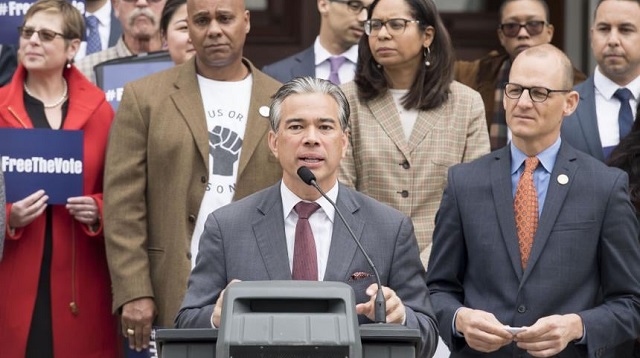 California governor Gavin Newsom tapped him for the position.

(SPOT.ph) Rob Bonta has been named California's attorney general, making him the first Filipino-American to become the state's chief law officer and the administration's foremost legal adviser. Bonta will take charge in the U.S.'s most populous state after having been tapped by California Governer Gavin Newsom, a fellow Democrat, for the position.

The 48-year-old legislator is a known advocate of criminal justice reform. Dubbed "a rising Asian-American progressive," by the NY Times, Bonta has the support of several Asian American and Pacific Islander groups who called for his appointment after a surge in racially-charged crimes against Asian-Americans this past month. The Atlanta shootings left eight people—six of whom were Asian women—dead on March 16.

Bonta succeeds Xavier Becerra, who has been called to fill the role of President Joe Biden’s Health and Human Services Secretary. Bonta will hold his appointment as attorney general until term's end in 2022, when he can run for the position again during the elections.

The new attorney general was born in the Philippines and grew up in California's Central Valley. The son of civil rights activists, Bonta grew up exposed to politics and eventually graduated from Yale University with a law degree and a bachelor's degree in history.

Bonta's legislative career is geared towards criminal justice reform. He wrote bills to phase out private prisons in California and was among the authors of a constitutional amendment to remove the death penalty.

"I became a lawyer because I saw the law as the best way to make a positive difference for the most people," said Bonta in a statement, adding that his new role, "an honor of a lifetime."

"[Bonta] represents what makes California great—our desire to take on righteous fights and reverse systematic injustices," said Governor Newsom in the statement. "At this moment when so many communities are under attack for who they are and who they love, [Bonta] has fought to strengthen hate crime laws and protect our communities from the forces of hate."

Adventurer Savvy Seasoned U.s. Rob Bonta Gavin Newsom California Hard News Global
Your Guide to Thriving in This Strange New World
Staying
In? What to watch, what to eat, and where to shop from home
OR
Heading
Out? What you need to know to stay safe when heading out