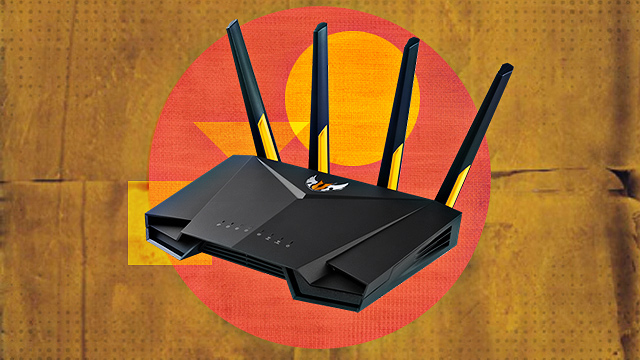 Want Better Connectivity at Home? Here's What You Should Know About WiFi 6

Plus, suggested routers to get, in case you want to upgrade.

(SPOT.ph) In a connected home, network devices are nearly invisible. Mostly tucked away in a corner, they don’t get as much attention as other devices such as smartphones, tablets, and laptops. Usually upgraded every few years, hardware such as routers are often installed and configured once, then forgotten. The only time when people are reminded they’re still around is when they need to reconnect to the network.

At the heart of connectivity in homes and offices is WiFi technology. This technology may often be taken for granted but recent developments have made it much more exciting. WiFi 6 is the next-generation standard in network connectivity. Thanks to a new naming convention by the WiFi alliance, the 802.11ax standard’s name is easier to remember compared to previous standards such as 802.11n and 802.11ac.

With most people’s time spent on the Internet, the proper allocation of bandwidth among several devices becomes more crucial. The previous generation of 802.11ac WiFi—now known retroactively as WiFi 5—was designed to deliver fast Internet for smartphones and laptops. As more Internet-ready devices log in to your network such as smart TVs, game consoles, online appliances, and other network devices, it is vital that connectivity is managed well by the router.

While WiFi 5 is already considered fast and good enough for basic connectivity, WiFi 6 offers several advantages. The first one being faster network speeds. WiFi 6 can go as fast as 9.6 Gbps compared to 3.5 Gbps on WiFi 5. This also means that there will be more speed available for all the devices in the network. Heavy bandwidth applications such as VR and 4K and 8K video streaming will get the most benefit. It also is a way to future-proof the network as the demand for more bandwidth-intensive applications become more common.

As more devices connect to the network, the more clogged it can get as some may have noticed when every Internet-capable device is turned on at the same time. WiFi 6 is equipped to handle more devices in the network. Because of a technology called OFDMA, WiFi 6 routers can send more data to more devices while assigning channels to each device based on their network activity. In an older network, more devices using WiFi can slow the entire network down. WiFi 6 can effectively manage data traffic among users in the network who are either gaming, downloading, streaming video, or using social media for example. Another upside of this new tech is increased network coverage. There will be fewer dead spots in your house with a WiFi 6 router.

Devices connected to WiFi 6 can also have improved battery life thanks to Target Wake Time, which allows devices to go out of sleep mode when they are about to send or receive data. This is especially useful for tablets, smartphones, smart gadgets, and other battery-powered Internet-of-Things devices on the network.

WiFi 6 offers better network security with its support for the tougher WP3 encryption standard. This means that hackers will have a tougher time trying to compromise your network. Sometimes, a neighbor’s wireless network can interfere with a router’s signal. WiFi 6 uses BSS (Basic Service Set) Coloring technology which marks the router’s signal with a unique code which devices can identify resulting in lesser interference and faster transmission.

For anyone thinking of upgrading to WiFi 6, they don’t have to worry if not all their devices support the new standard. WiFi 6 is fully backwards compatible which means it supports devices that are still using WiFi 5 (802.11ac) and lower. Newer smartphones and laptops, especially if purchased in 2020, may already support WiFi 6.

Adventurer Savvy Laptops Seasoned Gadgets Staying In Heading Out Con-00263 Gaming Msi Tech
Your Guide to Thriving in This Strange New World
Staying
In? What to watch, what to eat, and where to shop from home
OR
Heading
Out? What you need to know to stay safe when heading out