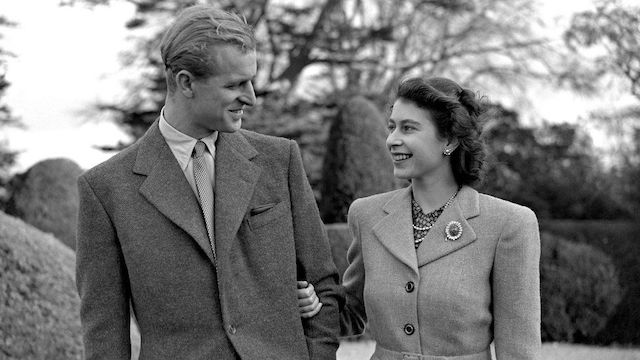 10 Things About Prince Philip That Weren't in The Crown

The Duke of Edinburgh passed away; he was 99.

(SPOT.ph) Britain's Prince Philip, the husband of Queen Elizabeth II and the Duke of Edinburgh, has died, Buckingham Palace announced on April 9 in a statement. He was 99.

“His Royal Highness passed away peacefully this morning at Windsor Castle,” it added.

Prince Philip was the longest-serving consort of a monarch in the British royal family, having spent 65 years supporting the Queen. He was credited with having helped Queen Elizabeth “navigate the political and social upheaval of the 20th century to craft a monarchy fit for a different time,” writes Reuters. The Prince was also known to have championed environmental causes, science and technology. The royal couple had four children: Prince Charles, Princess Anne, Prince Andrew, and Prince Edward.

Most people today probably know about him from having watched Netflix's The Crown, a drama that revolves around the lives of various members of the royal family. The series is a fictionalized account and not a documentary, but it's based on real events and painstaking research, so it's easy to mistake the show's Prince Philip, played by Matt Smith and Tobias Menzies, with the real-life Prince Philip.

Prince Philip was never in line for the throne.

Nor did he hold the title of king. While wife Elizabeth became Queen when King George VI died in 1952, that did not make Philip a king. The title is historically reserved for an active monarch, explained an ABC article. It was in 1957 when the title of Prince was officially bestowed on Philip, who was then known as the Duke of Edinburgh.

He had a difficult childhood.

While he was born into a Greek royal family, Philip's family was pushed out of Greece in 1924 and was reportedly even carried in a fruit crate. His uncle, King Constantine, was forced to abdicate following the Greco-Turkish War while Prince Andrew, his father, “was banished by a revolutionary Greek junta.” Their family fled to Europe and lived in exile.

He was a big cricket fan.

The England and Wales Cricket Board describes Prince Philip as "a lifelong cricket fan and talented allrounder in his playing days." He is most associated with the sport, having served as a two-term president for Marylebone Cricket Club. One of his last social engagements was at Lord’s Cricket Ground for a ribbon-cutting ceremony on May 3, 2017. "You're about to see the world's most experienced plaque unveiler," he jokingly said.

The Queen, however, does not need a British passport when she travels. The rest of the royal family have passports.

He was a pilot.

Yup, Prince Philip could fly both a plane and a helicopter. His first flying lesson was in 1952. He received his Royal Air Force wings in 1953 and earned the rank of Marshal. The Prince achieved 5,986 hours in 59 types of aircraft, with his last flight in 1997.

Prince Philip was the first member of the British Royal Family to give a televised interview.

It aired on May 29, 1961, in a Panorama programme broadcast, according to BBC. The interview, while uncontroversial, was said to be a "significant step in modernizing the Royal Family." Not only that, it was Prince Philip who convinced the Queen to televise her annual Christmas message in 1957, according to royal biographer Sally Bedell Smith in a CNN report.

5,496 speeches, to be exact. Prince Philip is reported to have given "between 60 and 80 speeches every year," according to a BBC report, the topics of which reflected his various interests.

He has authored 14 books.

"By the '80s, he had written nine books," said Smith in the same CNN report. Among these is a collection of essays, lectures and speeches by the Duke of Edinburgh entitled Men, Machines and Sacred Cows, which, according to The New York Times, has given "Prince Philip a chance to cast a sardonic eye on his own foibles as well as those of others."

The first time he met Elizabeth was when she was 13.

Eighteen-year-old Philip had been tasked with keeping Elizabeth and Margaret company during a visit by the royal family at the Royal Naval College. Vanity Fair called it a "meet-cute."

Prince Philip was the Queen’s “strength and stay.”

Shortly after Prince Philip and Queen Elizabeth got married, Elizabeth wrote in a letter to her parents how she and Philip “behave as though we had belonged to each other for years.” During their 50th wedding anniversary in 1997, the Queen described him as "someone who doesn't take easily to compliments but he has, quite simply, been my strength and stay all these years."

Hard News Prince Philip British Monarchy Queen Elizabeth Adventurer Savvy Seasoned Team-00263
Your Guide to Thriving in This Strange New World
Staying
In? What to watch, what to eat, and where to shop from home
OR
Heading
Out? What you need to know to stay safe when heading out