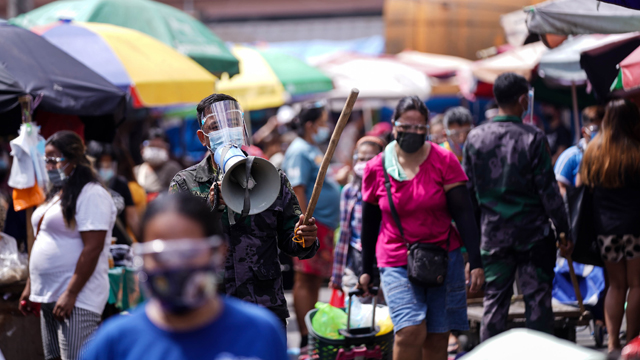 Metro Manila to Be Placed Under MECQ Until End of April

The difference between MECQ and ECQ will be discussed on Monday, said Roque.

Roque said the difference between ECQ and MECQ will be explained on April 11, Monday.

The following areas will be placed under GCQ until April 30, the third highest under the government's four-step quarantine system:

The rest of the country will be under MGCQ.

Last week, the Department of Health logged a record-high 15,000 new infections. On Friday, there were 2,000 new cases and 400 deaths. The Philippines now has a cumulative total of roughly 850,000 infections.

Metro Manila was first placed under MECQ was in May 2020. A step down from the strictest quarantine, the ECQ, several establishments were allowed to open up. Those that were fully allowed to open included essential retail stores such as supermarkets and drugstores, laundy shops, food preparation and water-refilling stations, logistics service providers, repair of computers, personal, and household goods, and more.

Partial operations were also allowed for veterinary clinics, film, music, and TV production, hardware stores, toy stores, baby care supplies stores, pet food and pet care stores, and the like. Official decisions for the MECQ on April 2021 will be announced on April 12, according to Roque.