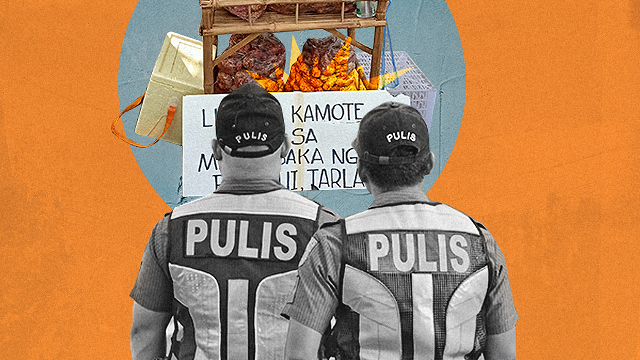 What to Do When the Police Visit Your Community Pantry

Aside from giving them free food.

(SPOT.ph) The OG community pantry in Maginhawa had to stop their operations for a day on April 20 after organizer Patricia Non expressed concerns for her safety. According to her, the police have been asking about her involvement with communist groups. Government-run Facebook pages like National Task Force to End Local Communist Armed Conflict and the Quezon City Police District also used photographs of the Maginhawa community pantry to imply that such activities are being used to recruit members for the New People's Army. Similar incidents have been reported around the Metro, where law enforcers are allegedly profiling community pantry organizers.

To provide some legal advice amid the red-tagging reports, human rights defender and lawyer Chel Diokno posted tips on what you can do if your community pantry is visited by the police.

Diokno also pointed out that no one is obligated to provide personal information such as mobile number, e-mail address, and family background to law enforcers. This was also echoed by Data Privacy Commissioner Raymund E. Liboro in a press statement on April 20. "We would like to emphasize that collecting personal data must be done fairly and lawfully with respect to the rights of a data subject, including the rights to be informed and object," the statement from the National Privacy Commission said. If they want you to sign a document, tell them that you need to consult a lawyer; if they still insist, sign with your non-dominant head or affix a fake signature "so you can later explain that you were forced to sign."

Law enforcers don't have the right to enter private properties, unless there's a search warrant signed by a judge. This means that they can't go to community pantries inside your compound or within your land. If the enforcers can't present such document, Diokno advises to tell them politely: "Pasensya na po, pero di kayo pwedeng pumasok kung wala kayong search warrant." You're also reminded to "assert your right."

If the community pantry is located on public land (a.k.a. a sidewalk), the police can hang out within range. But they don't have the right to search and poke around the goods or racks/trays/tables (considered private property) unless they have a warrant. (Or maybe they just want some free food; give it to them, community pantries don't discriminate.)

Diokno also explained what permits you need to set up a community pantry. The answer: none. You don't need a business permit (or mayor's permit) since it's not a business. You don't need a barangay permit as publicly stated by the Department of Interior and Local Government Unit and Anti-Red Tape Authority. You alsp don't need an authority to solicit from the Department of Social Welfare and Development since that's only necessary for soliciting for regional and national fund campaigns.

The existence of community pantries also do not violate any guideline or regulation by the Inter-Agency Task Force on Emerging Infectious Diseases. Diokno pointed out the things you can say when enforcers raise such argument:

Should law enforcers insist on demolishing or dismantling the community pantry, you can "politely and firmly object, but do not physically resist." If they still continue to do so, don't forget to take photos and videos. You don't need their consent to record anything. "The Anti-Wiretapping Act only requires the consent of the parties kung private conversation or communication ito," he added.

It's helpful to set up community pantries where there are CCTV cameras that are recording 24/7.

Lastly, you can reach out to Diokno's free legal helpdesk anytime through his Facebook page.

Community Pantry Chel Diokno Adventurer Savvy Seasoned Metro Manila Hard News Followup Heading Out
Your Guide to Thriving in This Strange New World
Staying
In? What to watch, what to eat, and where to shop from home
OR
Heading
Out? What you need to know to stay safe when heading out