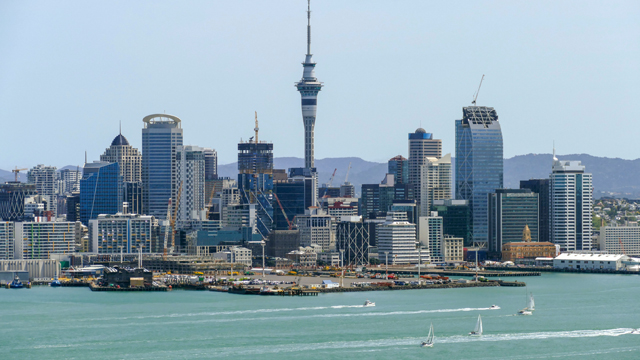 World's Most Livable Cities Are in New Zealand and Australia

Their response to the pandemic is a big factor.

(SPOT.ph) The COVID-19 pandemic, which originated from the SARS-CoV-2 outbreak in Wuhan, China in December 2019, upturned the lives of billions of people in the whole world. Almost four million people have died, while the rest of the living dealt with (and continue to deal with) the economic recession, isolation, and grief. At this point, the cities and nations that had exceptional response to the crisis are considered to be the most livable, according to the Global Liveability Index 2021 by the The Economist Intelligence Unit.

In the report published today, June 9, Auckland in New Zealand ranks first, "owing to the city’s ability to contain the coronavirus (COVID-19) pandemic faster and thus lift restrictions earlier, unlike others around the world." Six of the top 10 cities are in New Zealand and Australia, "where tight border controls have allowed residents to live relatively normal lives."

10 Most Livable Cities in the World

The Economist's Liveability Index is done biannually; and for this edition, data was collected from February 22 to March 21, 2021. Up to 140 cities were ranked across five areas: stability, healthcare, education, culture and environment, and infrastructure.

Data showed that the overall global average livability score has fallen by seven points, showing how the COVID-19 pandemic affected livability worldwide. One of the key findings was that "the extent to which cities were sheltered by strong border closures, their ability to handle the health crisis, and the pace at which they rolled out vaccination campaigns drove significant changes in the rankings."

In this one-of-a-kind situation, Auckland emerged as a new leader, coming in from sixth place in the previous 2020 survey. New Zealand controlled their borders and, thus, maintained low COVID-19 case count. Theaters, restaurants, cultural attractions, and schools also remained open. The other New Zealand city that made it to the list is Wellington, which moved from 15th place to fourth place.

Australia, which also imposed a ban on international travel, has three cities in the list: Adelaide in third place, Perth in sixth, and Melbourne in eighth (tied with Geneva, Switzerland). Osaka and Japan, which ranked second and fourth respectively, continued to have high stability scores.

European cities, on the other hand, fell down the ranking. Vienna used to be at the top spot from 2018 to 2020, but it slipped down to 12th place following a second COVID-19 wave. German cities (Frankfurt, Hamburg, and Dusseldorf) and Canadian cities (Montreal, Vancouver, Calgary, and Toronto) also slipped. "The downward movement in rankings for the European and Canadian cities can be attributed to the heightened stress on healthcare resources during the second wave of the pandemic," according to the report.

Unfortunately, the conditions have not changed in the world's least livable cities. As in previous surveys, living conditions remain worst in Damascus. Healthcare scores have also fallen sharply across the world; and nations with already poor healthcare systems, had it worst.

While vaccination programs are now under way, The Economist said that "conditions in the poorest cities are likely to deteriorate further, should cities fail to get the vaccines they need to prevent the spread of new COVID-19 variants." We are already seeing this in India, where weak healthcare systems are still under great strain while the rest of the Western world have returned to normal. The pace of recovery of livability, according to the report, "will be determined by how effectively the health risks of the pandemic can be controlled, through a combination of vaccination, testing, tracing and quarantine measures." In the post-pandemic world, only the nations that will finally put a prime on healthcare will survive.

World Adventurer Savvy Seasoned Staying In Covid-19 News Hard News
Your Guide to Thriving in This Strange New World
Staying
In? What to watch, what to eat, and where to shop from home
OR
Heading
Out? What you need to know to stay safe when heading out