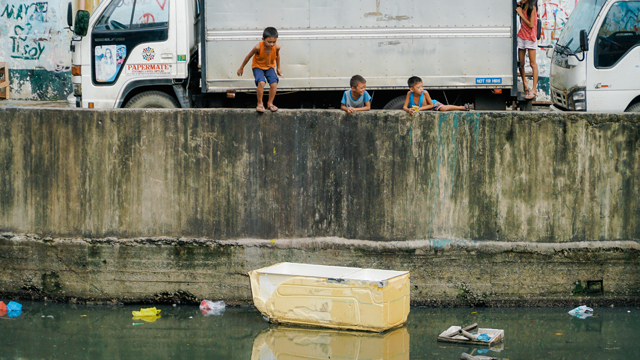 And one-third of ocean plastic inputs come from the Philippines.

(SPOT.ph) For a country that's highly dependent on the ocean for food, transport, and livelihood, you would think that the Philippines would be one of the world's biggest advocate for marine conservation. As it turns out, this isn't the case. In a 2021 study, it was found out that the Pasig River in Metro Manila accounts for 6.43% of global river plastic that, of course, eventually end up in our ocean. Moreover, seven of the top 10 rivers that pollute the world's oceans are all found in the Philippines, making our country the top producer of ocean plastic waste—36% of it to be exact.

The research article titled "More than 1,000 rivers account for 80% of global riverine plastic emissions into the ocean" was published on April 30 on the American Association for the Advancement of Science's ScienceAdvances. It's a joint study of enviornmental scientists from Netherlands, Germany, and New Zealand. It was also synthesized in a May 1 article released on Our World in Data.

Previous research suggested that the world's ocean plastic pollution only come from a handful of rivers, which are mostly river basins. These studies relied on the idea that large bodies of water with large populations and poor waste management practices are the only culprits when it comes to plastic inputs to the ocean. As it turns out in the research, higher-resolution data also needed to be studied, including wind and precipitation patterns, river discharge into the ocean, proximity of populations to the river, distance to the ocean, slope of the terrain, and types of land use. With this, smaller rivers around the world were also considered.

It was observed that the rivers that largely contribute to ocean plastic pollution have four characteristics:

Pasig River, as we know, is in the middle of the Philippines' most populated region. It connects Laguna de Bay to Manila Bay, all while passing through Taguig, Pasig, Mandaluyong, Makati, and Manila. Water from Marikina River, Taguig River, San Juan River also goes into it; until it reaches Manila Bay, which eventually flows to the West Philippine Sea. You can just imagine all the trash that come from the Philippines' urban center and into the ocean.

Aside from the Pasig River, other Philippine rivers that made it to the list are:

The study also had three observations on how countries around the world contribute to ocean plastic waste:

With water making up about 71% of the Earth's surface, ocean plastic pollution is obviously a global problem. And if actions aren't done soon, this problem would only get worse.

Main image from Shutterstock; for illustrative purposes only.

Environment Science Pasig River Metro Manila Philippines Adventurer Savvy Seasoned City Life Staying In
Your Guide to Thriving in This Strange New World
Staying
In? What to watch, what to eat, and where to shop from home
OR
Heading
Out? What you need to know to stay safe when heading out