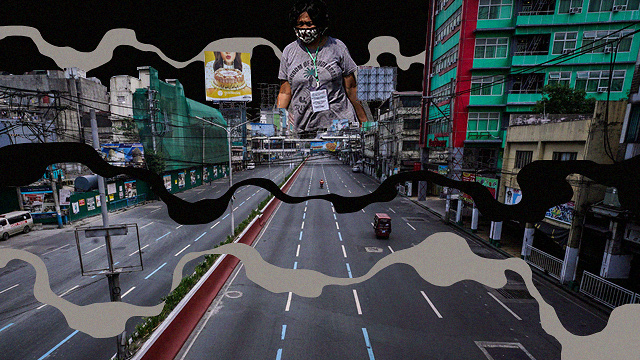 No Surprise Here: Air Quality in Metro Manila Is in the Red Zone

Plus, find out what we can do to minimize air pollution.

(SPOT.ph) ICYDK (and no matter what former U.S. President Donald Trump said), climate change is real. We're already feeling it with the worsening weather patterns, especially with typhoons coming in from the Pacific that are unlike ever before as witnessed during typhoons Rolly and Ulysses in the Bicol Region in 2020; as well rising temperatures and off-the-charts heat indices during what's supposed to be the rainy season in the Philippines. Everyday living is also affected as our air quality continue to get worse. According to IQAir, a Swiss air-quality technology company specializing in air quality monitoring products, air quality in most cities in Metro Manila are flagged as "Unhealthy" on Monday, June 28 as of 4 p.m. But north of the Metro in Bulacan, numbers are off the charts with Air Quality Index reaching 208—which is deemed "Very Unhealthy."

When is air pollution considered "Unhealthy" or "Very Unhealthy"?

PM or particulate matter is a common indicator for air pollution as it affects more people than any other pollutant. PM 2.5 means that the particulate matter has a diameter equal or less than 2.5 microns, a size that can penetrate the lung barrier and enter the blood system. Most particulate matters of this size contain sulfate, nitrates, ammonia, sodium chloride, black carbon, mineral dust, and water. Chronic exposure to PM 2.5 contributes to developing cardiovascular and respiratory diseases, as well as of lung cancer. On the other hand, PM 10 are particles with a diameter of 10 microns or less—and are bigger than PM 2.5. They can penetrate and lodge deep inside our lungs, but unlike PM 2.5, they don't enter the blood system.

AQI from zero to 50 is an indicator of "Good" air quality since air pollution poses little or no risk to health. It's considered to be "Moderate" when AQI is from 51 to 100, which gives a warning that children and adults with respiratory diseases should be wary of prolonged exposure outdoors, while "Unhealthy for Sensitive Groups" is tagged when AQI is from 101 to 150. On the red zone is an AQI from 151 to 200, which is "Unhealthy" and can affect everyone; while on the purple zone is an AQI from 201 to 300, which is "Very Unhealthy" and merits health warnings of emergency conditions. For reference, AQI 300+ is the worst of them all since air quality is effectively "Hazardous" and everyone should avoid going outdoors.

According to the World Health Organization, people living in low- and middle-income countries are most affected by outdoor air pollution. More and more studies are demonstrating direct correlations between ambient air pollution and the rise of cardiovascular illness and deaths.

What are the major causes of air pollution in Metro Manila?

According to Greenpeace Philippines, the National Capital Region is reliant on fossil fuel transportation and industries. Up to 2.5 million fossil fuel-reliant motor vehicles regularly occupy our streets and when all these were removed from the roads at the height of the pandemic and lockdown in March 2020, there was a 180% decrease in PM 2.5 in less than 10 days. Two months later, when all the vehicles went back on the road, air pollution returned to "normal" as well.

What can we do to minimize air pollution?

Greenpeace Philippines and Centre for Research on Energy and Clean Air recommend these steps:

Science Explainer Metro Manila Air Pollution Environment Adventurer Savvy Seasoned Heading Out
Your Guide to Thriving in This Strange New World
Staying
In? What to watch, what to eat, and where to shop from home
OR
Heading
Out? What you need to know to stay safe when heading out