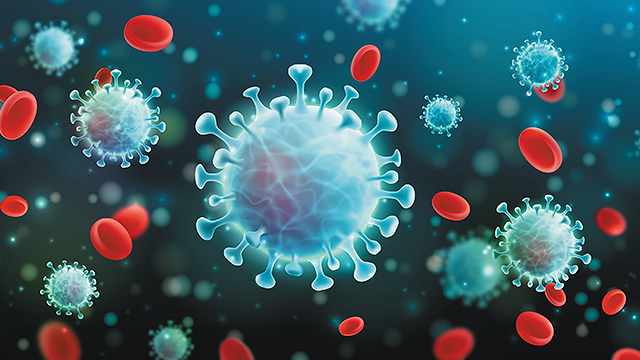 Why Scientists Are Worried About the Delta Variant

Here's how to protect yourself.

(SPOT.ph) Countries around the world are grappling with the possibility of another wave of COVID-19 infections brought about by the highly infectious Delta variant of SARS-CoV-2. Even nations that have made siginificant progress in their vaccination programs are worried that a rapid spread of the variant may pose roadblocks in their bid to achieve herd immunity. It's a bigger challenge for countries like ours that have yet to make significant progress in inoculating the population.

The Department of Health on July 22 confirmed the local transmission of the more virulent variant in the Philippines. In a statement, the health agency said that "clusters of Delta variant cases were seen to be linked to other local cases, therefore, exhibiting local transmission."

What is the Delta variant and why should we be worried about it?

We know how you feel: the past year felt like a crash course on virology. As a refresher, coronavirus is a group of related RNA viruses that cause respiratory-tract infections.

Viruses constantly change through mutation in order to increase their transmissibility or be resistant to treatments or vaccines. Think of it as a human being who changes and adapts to the environment in an effort to survive. When a strain like the SARS-CoV-2 changes minutely (ex. additional protein spikes), the resulting pathogen is a variant.

What is the Delta variant?

Prior to the United Nations' advisory to call variants through Greek letters, the world named variants depending on where they were first detected. Formally called B.1.617.2 variant, the Delta variant was first identified in India in October 2020, where it soon spread rapidly.

The Delta variant was found to be 50 to 60% more transmissible compared to the original variant of COVID-19. It was responsible for the sudden spike in the number of COVID-19 cases and deaths during the second wave in India, making up over 99% of sequenced genomes in the South Asian nation. It later became the dominant strain of the virus in Great Britain, then spiked to 20% of cases in the United States in June. As of July 2, the Delta variant has been detected in at least 98 countries, according to the World Health Organization.

How dangerous is it?

The Delta variant, according to the World Health Organization (WHO), is more transmissible than all the other variants that came before it. This is because of major changes in the virus' spike protein, which attaches to human cells. It was also found to be more resistant to natural antibodies, supposedly already developed in the immune system of those who've had the disease.

WHO Director-General Tedros Adhanom Gebreyesus said in a press conference on July 2 that with the Delta variant quickly becoming dominant in many countries, "we are in a very dangerous period of the pandemic." He is especially concerned about countries with low COVID-19 vaccination coverage where "terrible scenes of hospitals overflowing are again becoming the norm." He emphasized, however, that "no country is out of the woods yet."

India has also raised the alarm about a new variant, unofficially dubbed Delta Plus—believed to be more than dangerous than the variant that killed hundreds of thousands of people. The Indian Health Ministry already designated it a Variant of Concern on June 22, citing increased transmissibality, the ability to bind more strongly to receptors on lung cells, and the potential to evade an antibody response. Indian SARS-CoV-2 Genomic Consortium, however, said that Delta Plus is just a Variant of Interest, not a Variant of Concern...at least, not yet. There are at least two versions of the Delta Plus variant slowly spreading around the world, including Canad, Germany, Russia, Switzerland, Poland, Portugal, Nepal, Japan, the U.K., and the U.S.

Which vaccines are effective against the Delta variant?

Dr. Soumya Swaminathan, WHO's chief scientist, said that all of the vaccines listed by the international health agency for emergency use "do protect against developing severe disease, hospitalization and death due to the Delta variant." She also emphasized that "you need the full course of vaccination in order to give you that full immunity to protect you against the Delta variant."

The vaccines may have varying efficacies, ranging from 70 to 90%, but in terms of prevention of severe disease and hospitalization they're all "over 90% effective," she added. However, she also warned that fully vaccinated individuals may still get the infection, "but the chances are you'll get a very mild symptoms or no symptoms at all and that the chances of getting seriously ill are really, really low."

Here are the COVID-19 vaccines with issued emergency use listing by WHO:

Of these, the vaccines deployed in the Philippines are: Pfizer, AstraZeneca, Moderna, and Sinovac. Sputnik V by the Gamelaya Research Institute is also being distributed in the country, but it has yet to be approved by WHO.

How can you protect yourself against the Delta variant?

Vaccination is the primary means of preventing serious illness from this variant. The risk of getting hospitalized or dying may be minimal for fully vaccinated individuals, but that doesn't mean that they can't be infected or experience mild symptoms. Dr. Mariangela Simao, WHO assistant director-general for access to medicines and health products, also said during a news briefing on June 25 that "vaccine alone won’t stop community transmission." This is why face masks should still be used consistently. People are also advised to avoid enclosed spaces, maintain physical distance, and avoid crowded places.

The Department of Health also cited the emergence of the Delta variant as a reason why face shields should still be worn in Metro Manila.

Explainer Science Covid-19 Delta News Hard News Adventurer Savvy Seasoned
Your Guide to Thriving in This Strange New World
Staying
In? What to watch, what to eat, and where to shop from home
OR
Heading
Out? What you need to know to stay safe when heading out